It will take 25 years for all children to be educated from 0-3 at the current pace.

Spanish families will need to wait between 25-30 years to see if the Ministry of Education, the Ministries, and the Town Councils continue to invest in Early Childhood Education at the same pace as before to see if the State guarantees free schools for children aged 0-3 years. 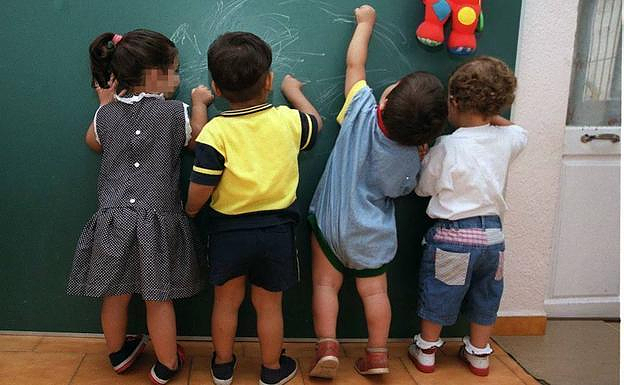 Spanish families will need to wait between 25-30 years to see if the Ministry of Education, the Ministries, and the Town Councils continue to invest in Early Childhood Education at the same pace as before to see if the State guarantees free schools for children aged 0-3 years.

This is the main conclusion from a monographic study by the CC OO education federation. It was found that several generations of Spaniards are being forced to live without a crucial training stage to ensure their future success in life, particularly for children who can't afford a private centre.

Experts agree that children's abilities and skills in kindergarten from 0-3 years of age are a powerful tool to prevent school failure, improve academic performance and reduce the risk of poverty. This is especially true for children from modest families and those trying to close the gender gap. It is an essential tool for equal opportunities and implementation of the social ladder.

The lack of demand cannot justify the scarcity of public spaces. UNED's study revealed that nearly a third of Spanish parents who don't attend the Infant Cycle in Spain have expressed an interest in taking their children to these classes. However, they are unable to do so due to financial constraints. Due to a lack of places and public assistance, and their inability to afford private prices.

The new Lomloe education law sets out the objective of the public powers to universalize the first cycle in Early Childhood. However, Spain has only 42% of its more than 1 million children attending this stage. This is not a low number, and it is actually among the highest in Europe. However, if universality is to be achieved, more than 52,750 classrooms must be built to accommodate 650,000 children who aren't currently in school (or 12 per teacher). In order to achieve this goal, it would be necessary to train and create more than 100,000 professionals, including nursery school teachers.

This is the need. However, the current commitment by the educational authorities to create public schools by 2023 is to add 65,382 more children to this stage. This would increase the enrollment rate to 56%. Francisco Garcia, the general secretary of CC OO's Federation of Education, recalls that in order to achieve universality, ten-times more positions will be needed than those who are creating ministries and departments. This means that almost three decades more are required before all children can have a slot in a public preschool.

Garcia knows that the current level of investment is "manifestly inadequate" and that a country effort by the Government and municipalities is required to speed up the implementation of the stage. The funds that will create the 65,000 new locations come from the European Union which doesn't guarantee their continuity.

CC OO requires that the country's efforts, if they are not the desired one, lead to universalization of the cycle within a few years. from the most modest families.

The desirable scenario would see a 92% school enrollment rate in the medium-term. This would allow for the creation of 325.196 new public places. Five times more than what is currently forecast. The extra annual cost of this process would amount to around 3,315 millions euros. The most important demand he has is to increase schooling levels up to 70%. This would mean the incorporation and education of 175,606 children in the months, 1 and 2, as well as Early Childhood Education. It would also add an estimated 1,790 million euros to the public coffers.

It is important to consider the public expenditure universalization will require. However, the same monographic study of UNED experts, cited above, shows that it would be not only socially beneficial, particularly for equity increases, but also profitable. These researchers calculated that universal and free coverage for 0-3 years would bring about 3,900 million euros in annual direct benefits to the country. Most of this is due to new jobs, while the rest are due to increased family spending.

The fact is, however, that the study also estimates that between 1,800 to 6,200 millions would be generated by the increased participation of women in labor markets. This would enable them to eliminate the patriarchal care they currently receive in many cases in Spain.

‹ ›
Keywords:
RitmoActualHaranFaltaAnosEscolarizarNinos
Your comment has been forwarded to the administrator for approval.×
Warning! Will constitute a criminal offense, illegal, threatening, offensive, insulting and swearing, derogatory, defamatory, vulgar, pornographic, indecent, personality rights, damaging or similar nature in the nature of all kinds of financial content, legal, criminal and administrative responsibility for the content of the sender member / members are belong.
Related News