"It was an honor for me" 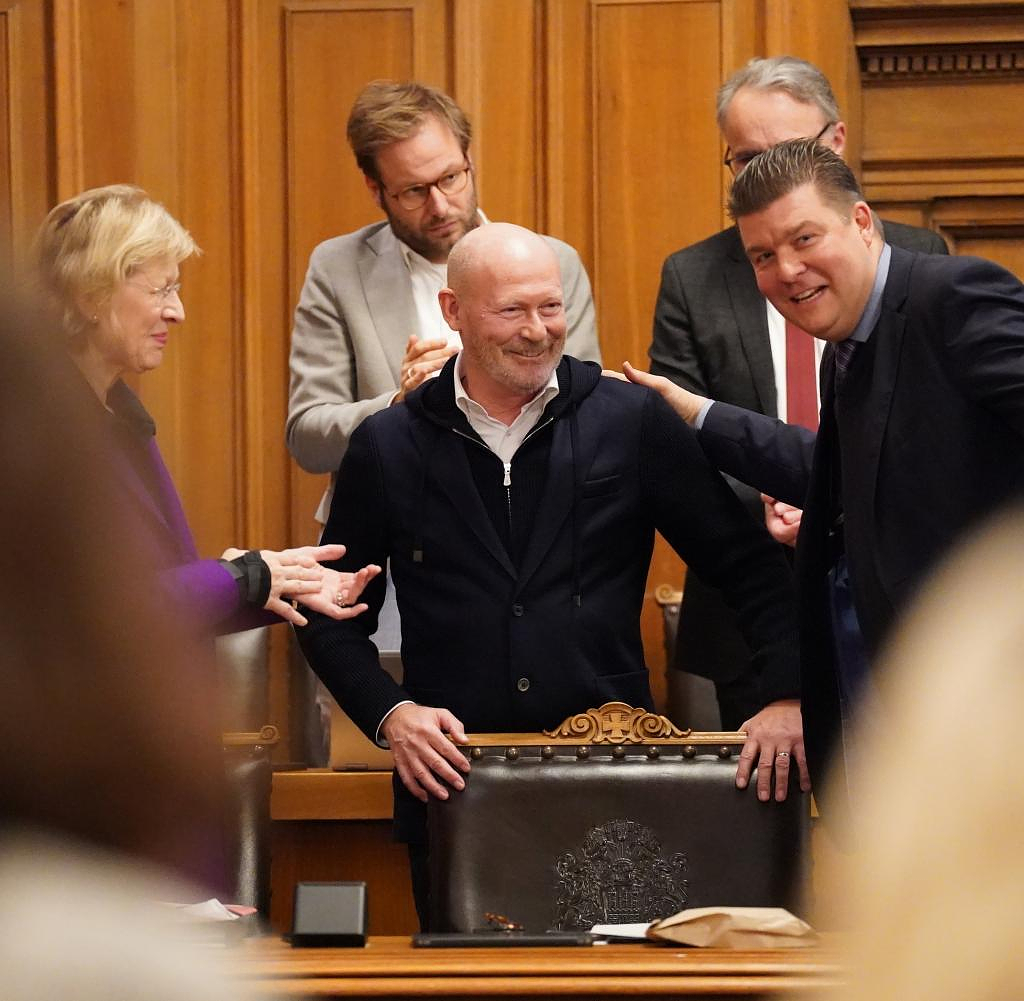 The resignation of Economics Senator Michael Westhagemann (independent) from the Senate also occupied Parliament two days after the official announcement by Mayor Peter Tschentscher (SPD) on Wednesday. The CDU had registered the departure of the 65-year-old as a topic for the current hour under the heading "Economic Senator to SPD and Greens failed".

Michael Westhagemann took over the office of Economics Senator in 2018 when his predecessor Frank Horch wanted to give up the senator post in order to be able to take care of his seriously ill wife. At first, Westhagemann did not want the office at all, and vehemently objected when he was brought up as a potential successor.

Ultimately, however, it was his wife Marie-Luise who ensured that Westhagemann became the third non-party Senator for Economics in a row. After a phone call with Mayor Tschentscher, Westhagemann once said in the "Hamburger Abendblatt", she said that you couldn't cancel if the mayor asked you to take on a senatorship.

Actually, Westhagemann was already in a kind of early retirement. For years, as a manager at Siemens, he had been in charge of the company's fortunes in northern Germany and, above all, expanded the wind energy division. He had worked professionally in many parts of the world for Siemens and before that for the formerly independent company Nixdorf. In 2017 he left Siemens and wanted to share his economic knowledge with others as a freelance management consultant for a few more years.

Westhagemann was born and grew up in Beckum in the Münsterland region. He is a trained heavy-current electrician and completed his high school diploma and a degree in computer science on the second educational path. In conversations to this day, he's always quicker to say "du" than "you" - and Hanseatic restraint has never particularly suited him, Westhagemann mentioned at every opportunity.

And so not only did all the speaking members of the coalition thank “Michael” on Wednesday for the work he had done. They see Westhagemann's merits especially in the area of ​​innovation promotion and the development of a hydrogen strategy for the Hanseatic city. The FDP MP Anna von Treuenfels-Frowein also turned to "Michael". "Stay straight as you are," she advised him.

Westhagemann - unusual for the official appearance of a senator - wearing a hooded jacket under his jacket thanked Science Senator and colleague Katharina (Fegebank). Together, the two have promoted quantum computing in Hamburg in recent years. As early as next year, according to Westhagemann, the first quantum computer from Hamburg will be launched - "It's a beacon and a benchmark." Business and science could not have worked together better than he did with "Katharina".

Westhagemann also used what was supposed to be his last speech in Parliament to make it clear that his relationship with Jens (Kerstan), the Greens' Senator for the Environment, was not as bad as publicly portrayed. He emphasized that together they had succeeded in creating the conditions for the production of green hydrogen in Hamburg. They would have achieved something there.

Most recently, the two senators had clashed publicly several times because they had different views on important issues, such as a possible restart of the Moorburg coal-fired power plant, LNG terminals and sludge management in the port. In the meantime, there had even been speculation as to whether the disputes, in which Westhagemann sometimes took a stand against Mayor Tschentscher, had led to his departure from the Senate. But on Monday Westhagemann explained that there were personal reasons for his resignation and reported surviving cancer, which made him reconsider the concept for his future life.

Urban Development Senator Dorothee Stapelfeldt (SPD) has also submitted her resignation. The MPs also thanked her on Wednesday. The managing director of the urban development company IBA, Karen Pein (SPD), will take over her post.

‹ ›
Keywords:
WesthagemannMichaelKerstanJensFegebankKatharinaStapelfeldtDorotheeBürgerschaftHamburgRathausmarktRücktritte Von Politikern
Your comment has been forwarded to the administrator for approval.×
Warning! Will constitute a criminal offense, illegal, threatening, offensive, insulting and swearing, derogatory, defamatory, vulgar, pornographic, indecent, personality rights, damaging or similar nature in the nature of all kinds of financial content, legal, criminal and administrative responsibility for the content of the sender member / members are belong.
Related News