It is still unclear what citizens and companies will have to prepare for from October. 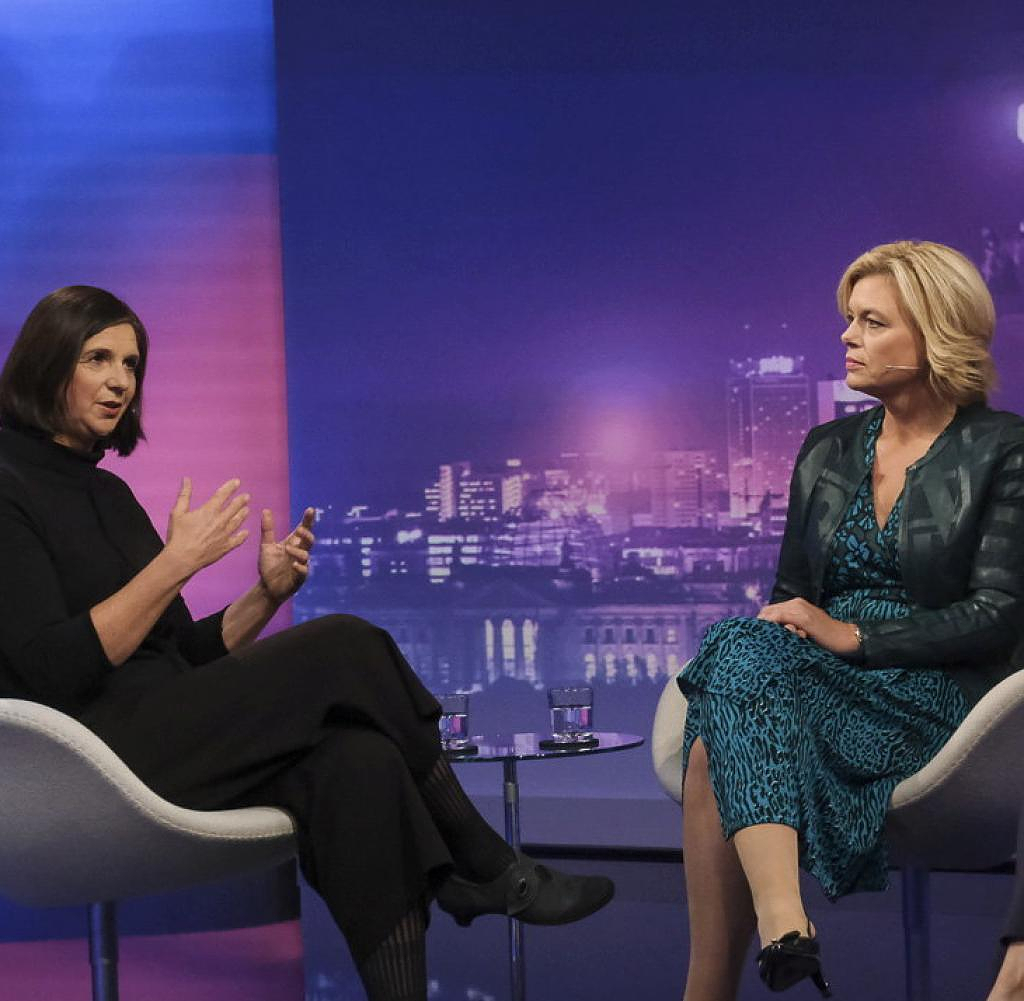 It is still unclear what citizens and companies will have to prepare for from October. The controversial gas levy is about to end. However, the traffic light government has not yet been able to agree on an alternative. Is the gas price cap coming? On Wednesday evening, Sandra Maischberger wanted to know what a solution could look like from Bundestag Vice President Katrin Göring-Eckardt (Greens) and CDU politician Julia Klöckner.

When asked about the still unclear fate of the gas levy, which was originally supposed to come into force in a few days, Feldenkirchen was not sparing with criticism. “There are so many open and relevant questions that have not been resolved. That begs the question, how competent is this government? Do we really have a lead?” was his harsh reproach. "It is currently not functional how we are governed in this highly explosive time."

Schwietzer agreed. Above all, she criticized the lack of willingness to make decisions on the part of the traffic light coalition: "People already have the partial invoices, have to deal with tripled costs, but don't yet know when the relief will come. At some point I have to inform the citizens of a decision.”

After the devastating assessments of his colleagues in the panel, Jobatey was not surprised at the falling poll numbers of Economics Minister Robert Habeck. "He was like a superstar, people screamed when he came," said the former morning magazine presenter, describing his observations of joint performances. "Now some people in politics will certainly like it when the great Robert suddenly goes down a bit further."

The following conversation between Maischberger, Göring-Eckardt and Klöckner began with humorous banter about energy saving measures when decorating the Christmas tree in their own living room. But Julia Klöckner, as a representative of the opposition, quickly flipped the lever and switched to attack. "I don't think that switching off the Christmas tree will get us the energy transition," said the former Minister of Agriculture, with a view to a corresponding proposal from German environmental aid.

"Citizens are tired of getting these proposals when the right and important thing isn't decided about what a federal government could do. We have to expand the supply side, then the prices will also drop.” She warned of social tensions if the people in the country no longer feel comfortable.

Göring-Eckardt, on the other hand, spoke of the “fossil addiction” that one had to get rid of. "We will have to do without Putin's gas and need a booster in renewable energy so that we can become independent." But Klöckner mercilessly put his finger in the wound and repeatedly steered the discussion to the acute problems. Also when it comes to the term extension of nuclear power plants. "In the end it's not about party politics and the green soul. It's about helping people make ends meet on a tight budget."

"You actually spoke in the summer of a sham debate that was being forced on you," Maischberger also asked Göring-Eckardt. Now it is with Habeck, a green economics minister, who lets them continue. “We always act as if nuclear power would save us from the whole dilemma. But she can only help a little bit,” defended the former leader of the Greens and passed the buck to Bavaria, who had built too few wind turbines in the past.

Maischberger wanted to know from Göring-Eckardt how she explains to people who can no longer pay their bills that so little is happening. "By the end of the week we will have a solution for the gas levy," she promised. It currently depends on the financing, which is difficult in a coalition in which not everyone shares the same basic attitude. She did not want to give any examples of what relief could look like. “That would only lead to more confusion.” Klöckner immediately countered: “This government cannot speak, it cannot make decisions. We don't have time for this, because the citizens are badly off."

Towards the end of the program, Maischberger asked Florence Gaub for her assessment of the partial mobilization in Russia and the destruction of the Nord Stream pipelines. In the case of the pipelines, Gaub suspected a state-organized act of sabotage intended to create fear. The message is that there is more to come. “The handwriting looks like Russia. But we may never be able to clarify who is responsible for it," she suspected.

“The partial mobilization is an admission that the measures taken so far have not been enough. You have to reload. It's a sign of weakness," Gaub explained to Maischberger, coming to the conclusion that the soldiers who were now recruited were "cannon fodder" due to their poor training.

Regarding the possible use of nuclear weapons, she came to a not really reassuring thesis: "The bomb is not the weapon - the fear of the bomb is the weapon," says Gaub. The atomic bomb is a "one-trick pony," a card that Putin can only play once. Unlike in the Second World War, it is no longer clear today whether a country will capitulate immediately if a nuclear attack is carried out.

‹ ›
Keywords:
KlöcknerJuliaGöringEckardtKatrinNewsteam
Your comment has been forwarded to the administrator for approval.×
Warning! Will constitute a criminal offense, illegal, threatening, offensive, insulting and swearing, derogatory, defamatory, vulgar, pornographic, indecent, personality rights, damaging or similar nature in the nature of all kinds of financial content, legal, criminal and administrative responsibility for the content of the sender member / members are belong.
Related News