It's a drought in Italy, but rains continue in Australia and Brazil.

In recent days, a variety of natural phenomena have struck different parts of the globe. 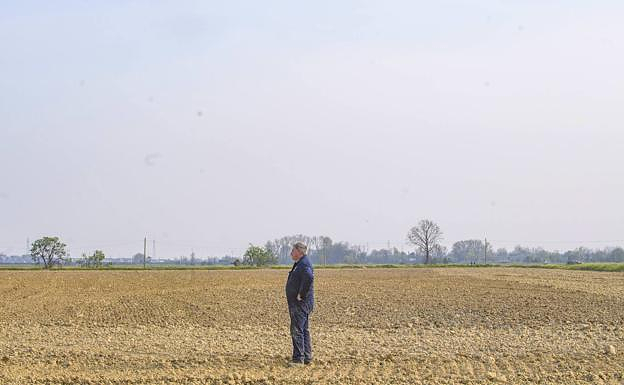 In recent days, a variety of natural phenomena have struck different parts of the globe. In Italy, the government was forced to declare an emergency in five areas due to severe drought. This is the worst drought in 70 years. In Australia and Brazil, heavy rains continue to pour down, killing many and forcing thousands of people from their homes.

Italy: State of emergency because of drought

Italy declared a state emergency in five northern regions of Italy (Emilia Romagna Friuli-Venezia Giulia Giulia Lombardy Venice and Piedmont) until December 31st. It also announced that 36.5 million euros will be allocated to combat the drought. The drought has been ravaging the Padana plain since weeks. This is the worst drought in 70 years.

Coldiretti, the largest agricultural union of the country, says that drought is threatening more than 30% of national agricultural production. It also threatens half of Padana Plain's cattle, which includes Parma ham. Due to the shortage of water, hydroelectric energy, which accounts for 20% of national energy production, has also fallen dramatically.

Numerous municipalities have taken restrictive measures in recent days. Verona has begun to restrict the consumption of water and Milan announced that it will close its fountains. Castenaso in Bologna has banned hairdressers from washing their clients' hair twice. This was in addition to a possible fine of up 500 euros.

Brazil: More Than 50,000 people have been displaced by the floods

One person has vanished, seven people have died and many cities in Brazil are now in emergency situations due to heavy rains that have been affecting the states of Alagoas and Pernambuco since Saturday. Due to overflowing rivers and lakes, the situation has gotten worse.

The Australian Government declared Monday a natural catastrophe to enable the quick disbursement emergency funds for residents of the southeast, which has been affected by a heavy rainfallstorm that has forced the evacuation of over 50,000 people.

New South Wales has been impacted by the storm with particular virulence. It has now experienced its fourth major flood in 18 months.

Nine people died in Queensland after days of heavy flooding, according to Australian authorities.

‹ ›
Keywords:
SequiaAzotaItaliaLluviasTreguaAustraliaBrasil
Your comment has been forwarded to the administrator for approval.×
Warning! Will constitute a criminal offense, illegal, threatening, offensive, insulting and swearing, derogatory, defamatory, vulgar, pornographic, indecent, personality rights, damaging or similar nature in the nature of all kinds of financial content, legal, criminal and administrative responsibility for the content of the sender member / members are belong.
Related News