"It is becoming increasingly difficult to enforce the FFP2 obligation"

Almost all corona protection measures have been lifted, but masks are still compulsory on Hamburg's buses and trains - but according to the Hamburger Verkehrsverbund (HVV), the number of violations is increasing. 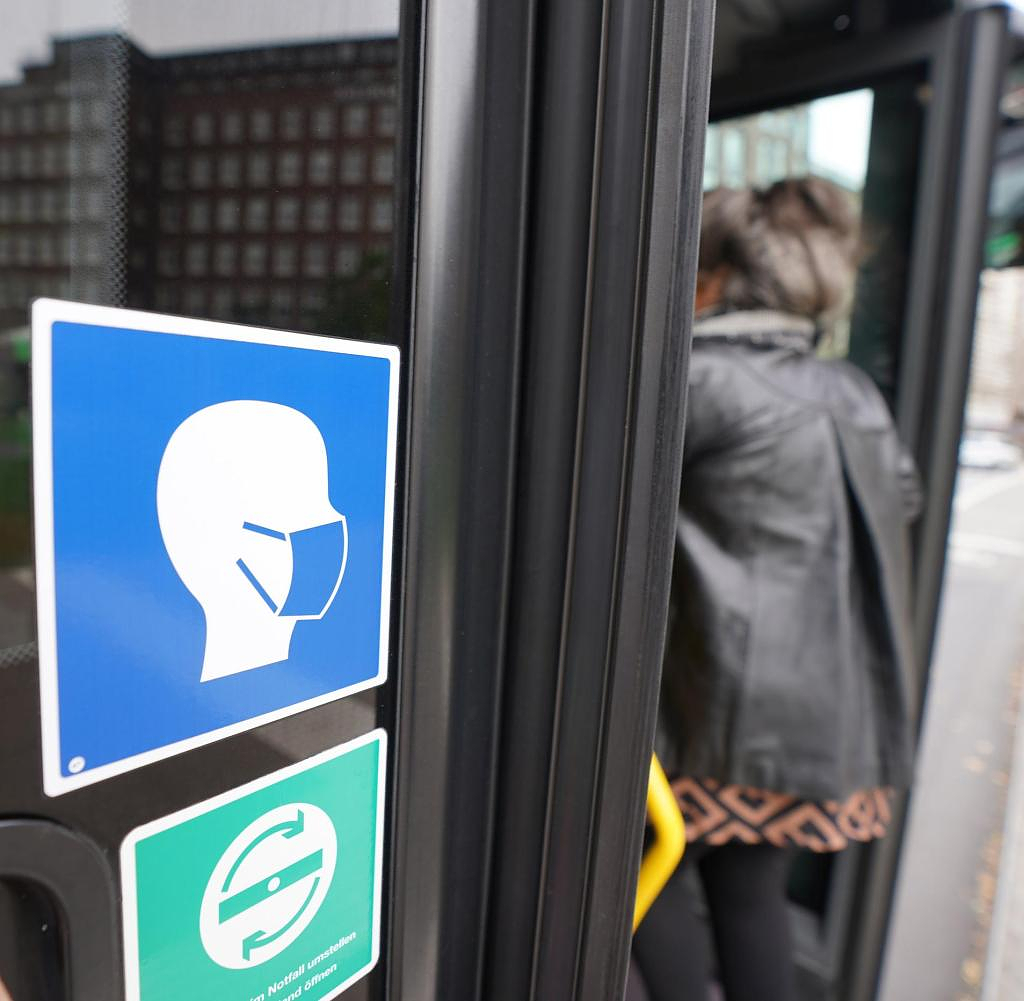 Almost all corona protection measures have been lifted, but masks are still compulsory on Hamburg's buses and trains - but according to the Hamburger Verkehrsverbund (HVV), the number of violations is increasing. Since the beginning of the pandemic, around 83,000 passengers have been caught without the mandatory mask. In the current year, almost 36,000 violations have been identified. According to the HVV, that is around 11,300 more cases than in all of 2021. One possible reason is the increasing number of passengers, which is moving towards the pre-corona level, explained a spokesman for Hamburger Hochbahn.

Since April 2020, it has been mandatory to wear a mask on buses and trains in Hamburg, and since the beginning of this year it has had to be an FFP2 mask. According to Hamburger Hochbahn, anyone who is caught without one has to pay a fine of 40 euros and – if they don’t have a mask with them – are not allowed to continue driving. Controls take place continuously in connection with the ticket control.

Bus and train drivers should react to violations in a de-escalating manner, according to Hochbahn spokesman Christoph Kreienbaum. In addition to the standard announcements, the drivers could also independently use a microphone to point out the obligation to wear a mask. However, they are not responsible for enforcing the obligation; the elevated railway guard must be consulted for this.

“However, it is becoming increasingly difficult to enforce the FFP2 obligation. Precisely because the example of Lufthansa made waves,” said Kreienbaum, adding: “The ministerial statements that a rule that was not enforceable made no sense were clearly counterproductive here.”

Lufthansa had welcomed plans by the traffic light coalition for a temporary end to the corona mask requirement on airplanes in autumn. The CEO spoke of good news, he was glad that his employees no longer had to play "mask police". Federal Health Minister Karl Lauterbach (SPD) had justified the planned temporary lifting of the corona mask requirement in airplanes, but is still sticking to it for buses and trains.

"If the rule is not enforceable on an airplane, how is it supposed to be enforced on public transport," said the spokesman. One now wants to wait and see which regulation will apply in Hamburg from October 1st and will then proceed with a great deal of judgment.

Last week, the Hamburg Senate initially extended the protective measures currently in force, but only until September 30th. According to the Senate, the regulations, which will apply from October 1, 2022, are expected to be published in the coming week. The extension takes place because the validity of the previous regulation was limited to September 23. Accordingly, the following still applies: Citizens must isolate themselves for five days after a positive corona test. Otherwise, the mask requirement continues to apply in local public transport, in medical practices and in hospitals. “These basic protective measures are aimed at protecting life and health, especially in healthcare facilities and facilities with vulnerable groups, and at the functionality of the healthcare system,” says a statement.

‹ ›
Keywords:
CoronavirusHamburgLauterbachJörnHVVHamburger HochbahnLauterbachKarlBahnLufthansaMusik
Your comment has been forwarded to the administrator for approval.×
Warning! Will constitute a criminal offense, illegal, threatening, offensive, insulting and swearing, derogatory, defamatory, vulgar, pornographic, indecent, personality rights, damaging or similar nature in the nature of all kinds of financial content, legal, criminal and administrative responsibility for the content of the sender member / members are belong.
Related News