Istanbul mayor on trial could lose his crown 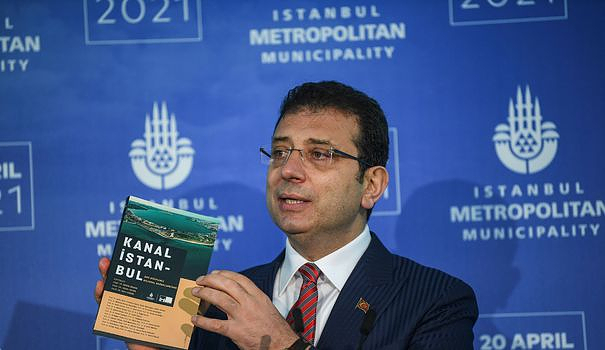 At 52, Mr. Imamoglu, who in 2019 stole the megalopolis from the ruling AKP (Islamo-conservative) party, is potentially one of the best opposition candidates to try to succeed President Recep Tayyip Erdogan next June. .

In March 2019, his narrow election for mayor of Istanbul was canceled by a bad player power, forced to bow three months later in the face of the mobilization of the electorate in his favor which had given him a large lead. .

The AKP - and especially its president - had indeed lost the economic capital and main city of Turkey, on which Mr. Erdogan, former mayor of Istanbul (1994-1998), had himself built his rise to the top .

A few months later, Ekrem Imamoglu considered that those who had annulled his election were "idiots" - using a term used a few hours earlier against him by the Minister of the Interior, Süleyman Soylu.

It is this qualifier that today leads the mayor of Istanbul to court for "insulting" the members of the Turkish High Electoral Council.

"Insult" has become in recent years one of the regime's favorite incriminations to eliminate its detractors when it cannot accuse them of "terrorism".

The city councilor risks up to 4 years in prison: his lawyer, Me Kemal Polat, explained to AFP that any sentence of more than a year in prison - "even if only a year and a day" - would automatically ban him from political life for four years.

What the defender refuses to believe, leaning more towards a fine.

In April, however, a prosecutor had requested fifteen months of detention against Mr. Imamoglu.

"From the point of view of the law, I do not expect a prison sentence. But if that were the case we would continue to assert our rights", assures Me Kemal Polat.

"To put it clearly, this is a political matter... The parties involved had a verbal exchange following a political quarrel. There is no reference to any (public) institution," he pleads.

According to the Istanbul municipality, Ekrem Imamoglu, who had a successful career in construction before entering politics, has planned to appear in court.

Still, the worst is possible, fears Sinan Ülgen, director of the Edam think tank, based in Istanbul: "Ekrem Imamoglu is one of the two main potential candidates of the opposition" for the presidency.

"And he is still popular, despite a few missteps" - including his criticized management of a snowstorm that paralyzed part of the megalopolis last January.

"The power could be tempted to put it out of play. It is a real risk, undesirable of course, which would constitute an artificial interference in the democratic game", insists Mr. Ülgen.

For him, "the opposition would then find its hands tied: it could not take the risk of calling for protest, for fear of being reproached for legitimizing the repression that would ensue".

Since the failed coup of July 2016, the regime has made more than 300,000 arrests, particularly in the ranks of the police, justice and army and among intellectuals. In addition, many personalities - journalists, academics, human rights defenders - have taken the road to exile to escape it.

And the chilling effects of this wave of repression are still being felt in the country.