Al Jazeera star, the American-Palestinian journalist was shot dead on May 11 while covering an Israeli military operation in the Palestinian camp of Jenin, a stronghold of the Palestinian armed factions in the north of the occupied West Bank, where a special unit was trying to apprehend "suspects", which had led to armed clashes. 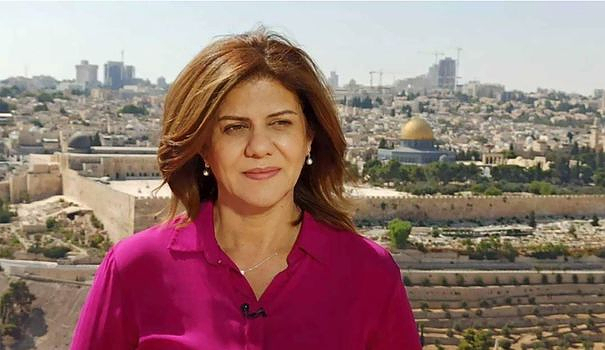 Al Jazeera star, the American-Palestinian journalist was shot dead on May 11 while covering an Israeli military operation in the Palestinian camp of Jenin, a stronghold of the Palestinian armed factions in the north of the occupied West Bank, where a special unit was trying to apprehend "suspects", which had led to armed clashes.

After the death of Shireen Abu Akleh, equipped with a bulletproof vest with the mention "press" and a helmet, the Palestinian Authority and her employer Al Jazeera immediately accused the Israeli army of having killed her. Israel has consistently rejected this accusation, despite journalistic investigations and a UN report concluding that an Israeli shot was fired, which however ruled out that it was deliberate.

However, on Monday, the Israeli army published the "final conclusions" of its investigation and admitted that one of its soldiers had indeed fired in the direction of the journalist, mistaking her identity: "There is a strong possibility that Mrs Abu Akleh was accidentally hit by Israeli army fire which was aimed at suspects identified as Palestinian gunmen."

The military said it "chronologically" studied the sequence of events, analyzed the scene, videos and sounds recorded on site, conducted a "simulation of the scene" and that "Israeli experts" conducted a ballistic analysis of the ball, on July 2, in the presence of representatives of the "United States Security Coordination Committee for Israel and the Palestinian Authority".

Due to the "poor condition of the bullet", identifying its origin was "difficult", underlines the army in its report, saying that it does not have "unequivocal" certainty of the origin of the fatal shot at the journalist.

Like the Israeli army, the United States had concluded that Shireen Abu Akleh had "likely" been killed by fire from an Israeli position, without having reason to believe that her death was intentional.

"The soldier was not trying to target an Al Jazeera journalist or a journalist in general. ... The soldier misidentified his target and he is sorry about that," a senior Israeli military official said Monday during a briefing. a briefing with the press. "It shouldn't have happened, he didn't do it deliberately," he added.

This official indicated that the soldier, posted about 200 meters behind the journalist, had not seen his "press" inscription on the front of his bulletproof vest. He said the journalist had been shot in the back of the head.

The Israeli military prosecutor's office for its part announced on Monday that "there was no suspicion of a criminal act justifying the opening of a criminal investigation by the military police" and this, although there are a "high probability" that Shireen Abu Akleh was killed by Israeli soldiers.

Relatives of the journalist, who lived in Jerusalem, had unsuccessfully requested to meet US President Joe Biden during his July visit to the Holy City.

At the invitation of the American Secretary of State, Antony Blinken, members of the Abu Akleh family nevertheless went to Washington to meet with senior American officials.

The Abu Akleh family on Monday accused the Israeli authorities of "avoiding responsibility for the murder" of the journalist, in a press release released in the wake of the Israeli investigation report. "We remain deeply hurt, frustrated and disappointed," the family said, calling for a "credible" US investigation.