Former mayor of Antas, and leader of the Popular Party of Levante Almeria, has resigned from her role as politician. 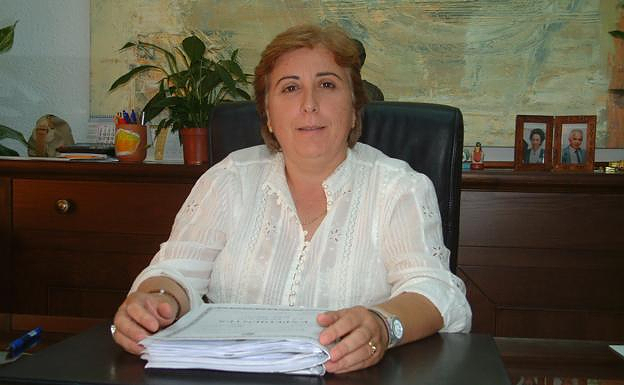 Belmonte, who was leader in the opposition during the last term and was mayor of the city for 12 years said goodbye to her neighbors "with the pride and honor of having been your confidence to represent Antas (and all its citizens) during All these years."

Former popular councilor said that many years ago she made one of life's "most important" decisions and she has never regretted it. "On the contrary, I feel proud and happy to do what I love and devote myself to politics. She added that the closest politics was that of my family.

"I have always followed the truth regardless of what others thought or attempted to confuse me. A number of falsehoods were made about me and my administration at City Council. He said that all of this was orchestrated and directed by outsiders who have an interest in changing the political sign for the City Council. Although they will never be able to reveal their faces, those who were there in some way, will continue to pull the strings. In a mysterious manner.

Time, as always, places everyone in their proper place. Politics is not for everyone, or at least that's my experience, "belmonte reflected.

She also stated that it had been 12 years, which was the length of her term as Antas mayor. He said, "I tried to do my best for all the neighbours>>," he transferred

"Over the years, we have made Antas the great city it is today. We have supported our companies and made Antas an attractive place for others. He pointed out that Antas has been modernized and transformed through investments, public works, and services. He cited the boulevard, doctor's office and nursery as examples.

He said, "But above all, we have always tried to stay close to people to help them and to serve them as it was their obligation."

Belmonte said, "After all these years, I believe it is time to take a step back" and end this stage in his life. He also thanked all his colleagues for their support.

Belmonte's publication was met with dozens of comments and reactions. Angel Escobar (vice president of Almeria Provincial Council) said that "you have been very successful in politics and a giant as a human being."

"Isabel, you have earned the respect and admiration of your people, your community, and all your colleagues through your tireless work over all these years." Maribel Sanchez Torregrosa, a former delegate to the Government of Almeria de Andalucia, wrote that you have given your best years to your people. However, you will always be proud of all you did for Antas and the province of Almeria.

‹ ›
Keywords:
ExalcaldesaAntasIsabelBelmonteAbandonaPolítica
Your comment has been forwarded to the administrator for approval.×
Warning! Will constitute a criminal offense, illegal, threatening, offensive, insulting and swearing, derogatory, defamatory, vulgar, pornographic, indecent, personality rights, damaging or similar nature in the nature of all kinds of financial content, legal, criminal and administrative responsibility for the content of the sender member / members are belong.
Related News