Is the time change still effective in saving energy? 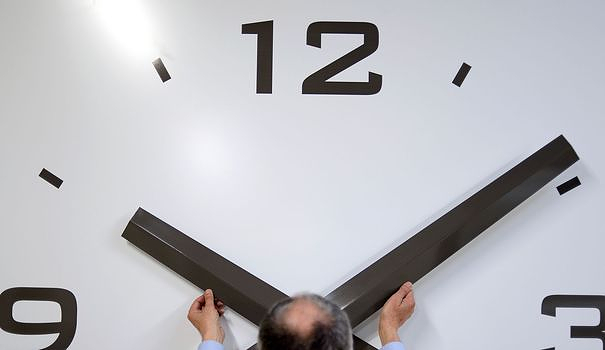 Now, smartphones and computers apply it automatically. The time change, implemented by decree in September 1975 with the aim of gaining one hour of sunshine each day and thus saving energy, has become a fixture in French homes, where it generates endless debates to give reason to those who claim that they have "won" or "lost" an hour. In a tense energy context, at a time when prices are skyrocketing in Europe, does the time change still make it possible to make significant savings?

For the European Commissioner for the Internal Market, Thierry Breton, the answer is unequivocal: "I remind you that it was done to save energy, and anything that saves energy is good", he said. assured last Sunday on LCI. The former digital minister under Jacques Chirac believes that this "small effort" can have big consequences on the lines of our bills, at a time when the executive is calling on everyone to watch over their daily consumption.

However, a study by the Environment and Energy Management Agency (Ademe) published in 2010 showed that the savings were actually rather modest. The time change nevertheless remains effective on lighting-related expenses. Thus, in 2009, it saved almost 450 GWh in France, ie the equivalent of the lighting consumption of around 800,000 households. Which is not negligible.

But these savings are diminishing with the growing progress of energy-saving light bulbs. Whether in homes or on the street, lighting is more energy efficient. These gains should be even less felt when certain cities such as Chambéry, Colmar, Agde or Nevers and Metz have chosen to cut the lights at night. The European Commission estimates for its part that the time change saves between 0.5 and 2.5% of the total energy consumption of the Member States. She talks about "marginal" gains.

The impact of the clock change is felt the most on the electricity network, where the additional hour of sunshine helps to avoid saturation at peak times. "The time change also enables a significant gain in power. In 2009, it enabled a reduction of 3.5 GW in the power demand at 7 p.m. In 2030, this advantage would remain on average around 2 GW “, underlined the Ademe in its 2010 report. An additional argument which weighed on the decision of the European Commission to postpone the abolition of the change of time, envisaged since 2018.

In 2019, after solicitation from civil societies in each European country, a draft directive was presented in Brussels. In France, the online consultation organized by the National Assembly had received more than 1.6 million responses in favor of the end of the time change, out of the 2 million voters. More than 60% of participants claimed to have had "a negative or very negative experience" of the change. They will have to wait... With the Covid-19 crisis and then the war in Ukraine, the project has been constantly postponed.