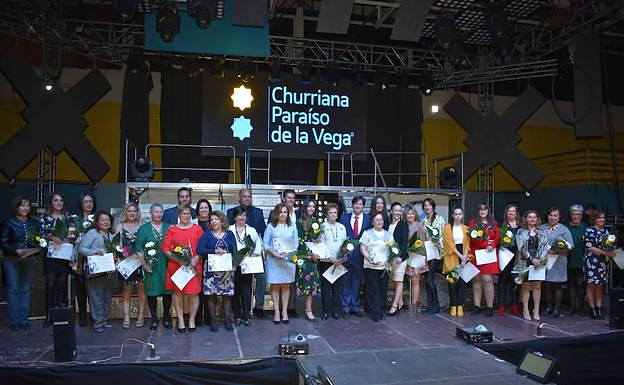 The City Council of Churriana de la Vega is completing a comprehensive program of activities to commemorate the "Women's Month" of Churriana de la Vega, which was observed on March 8. Multiple activities took place in the municipal spaces for the population over several weeks. These activities and events culminated in the traditional party at Municipal Pavilion and Irene Villa's visit to the Palace of Performing Arts and Music.

Tribute to a Life

More than 1,200 neighbors enjoyed a fun-filled event at the Municipal Pavilion. It featured live music, entertainment, and a tribute to the churrianeras that have excelled in various fields throughout their lives. Antonio Narvaez (the mayor of Churriana) highlighted the importance to "celebrate the equality and strength women 365 days per year." Narvaez honored the over 7,000 Churriana women represented by the small group female honorees.

The La Morera Women's Association was among the winners; Adela Lopez for her cultural work; Fatima Saez, Cristina Pena, and Ana Garcia; Ofelia Flor as a churrianera; Maria Valenzuela for her human worth; Carmen Galvez, Claudina Miranda, and Enriqueta Valero for their life trajectory; Inma Zmorano and Censi Rod, Beatriz Martin, and Rosa Ortega as women entrepreneurs; and Toni Linares Martin, Silvia Gamez, Nuria Gamesz and Mila Gamez for their resilience in the face of the challenges they have been agamez, Silvia Gamez, Silvia Gamez, and Milagros Lopez for their perseverance and their determination to overcome.

Churriana was also privileged to have Irene Villa, one of the most respected women for her talent. The conference, which is held each year at the Palace of Performing Arts and Music as part of commemorative month activities, featured Irene Villa. Under the title "Know that You Can", the psychologist and journalist gave a tour of her story and how she overcome obstacles with a smile.

Irene Villa spoke to the audience before a packed theater. She was accompanied by Antonio Narvaez the mayor. Her vision of life, as well as her example of perseverance, sacrifice, led Irene Villa to become the champion of Spain's adapted skiing.

‹ ›
Keywords:
ChurrianaVegaRecibeVisitaIreneVillaMotivoActosMujer
Your comment has been forwarded to the administrator for approval.×
Warning! Will constitute a criminal offense, illegal, threatening, offensive, insulting and swearing, derogatory, defamatory, vulgar, pornographic, indecent, personality rights, damaging or similar nature in the nature of all kinds of financial content, legal, criminal and administrative responsibility for the content of the sender member / members are belong.
Related News