The protests were sparked by the September 16 death of Mahsa Amini, an Iranian Kurd who was arrested three days earlier by vice police on charges of violating the strict dress code of wearing the veil in public. 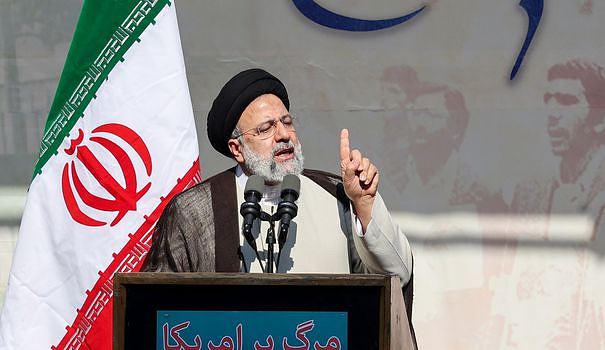 The protests were sparked by the September 16 death of Mahsa Amini, an Iranian Kurd who was arrested three days earlier by vice police on charges of violating the strict dress code of wearing the veil in public.

Gradually, these demonstrations in favor of women's freedom have turned into a protest against the power which denounces "riots".

The repression of the protests has killed at least 176 people since September 16, according to the NGO Iran Human Rights (IHR) based in Norway. And thousands of people have been arrested, including journalists, lawyers, activists and celebrities, according to NGOs.

"The American president, who is distracted, said he wanted to liberate Iran. But I must remind you that Iran liberated itself 43 years ago and will no longer submit to you," retorted Mr. Raisi before Thousands of Iranians gathered in Tehran to mark the anniversary of the November 4, 1979, hostage-taking at the United States Embassy by supporters of the Islamic Revolution.

The latter demanded the extradition of the ex-shah, treated in the United States: 52 diplomats and employees were held hostage for 444 days. Five months later, Washington severed ties with Tehran and imposed an embargo on Iran.

“Death to America, death to Israel, death to Britain!” chanted the crowd. "We obey the supreme leader" Ali Khamenei, can we read on signs.

According to state television, similar demonstrations were organized in other cities, notably in Mashhad (north-east), Isfahan (center) and Shiraz (south).

"We will never allow you to carry out your satanic designs," said Mr. Raisi again addressing the United States, Iran's sworn enemy, accused by the Iranian government of encouraging the protest movement.

At the same time, demonstrations against the authorities continued.

Security forces fired on protesters in Khash, near Zahedan (southeast), killing a protester and wounding others according to NGOs.

According to the official Irna agency, several police officers were injured by stones thrown by demonstrators against a police station in the same city.

Funerals and mourning ceremonies, organized according to tradition on the 40th day following a death, are now the occasion for anti-power rallies.

A crowd attended a ceremony in Karaj, near Tehran, on Thursday to mark the 40th day of the death of Hadis Najafi, a 22-year-old protester killed, according to activists, by police in September, according to IHR.

According to online media 1500tasvir, security forces fired on protesters in Karaj. A video from the same media showed protesters throwing stones at a police vehicle and others setting fire to trash cans and a police station.

A member of the Bassij paramilitary militia was killed and ten police officers were injured in the clashes, according to the official Irna news agency.

In Isfahan, demonstrators chanted slogans against the regime on the 40th day of the death of Shirin Alizadeh, 36, who was killed in her car while filming a demonstration. Security forces opened fire to disperse the gathering, according to 1500tasvir.

"Iran is responsible for the radicalization of the protests (...)," Saeid Golkar, assistant professor at the University of Tennessee at Chattanooga, told AFP. "People are just reacting to brutal state repression."

According to the Norwegian-based human rights organization Hengaw, security forces on Sunday in Tehran arrested a new journalist, Nazila Maroufian, author of an interview with the father of Mahsa Amini. She was arrested in the house of relatives and transferred to Evin prison, said the NGO.

According to the New York-based Committee to Protect Journalists (CPJ), 54 journalists have been arrested since September 16 in Iran, ten of whom have been released on bail.

The G7 foreign ministers meeting in Germany on Friday expressed their support for the demonstrations in Iran and denounced the "brutal" repression and the "destabilizing" activity of Iranian power in the world. 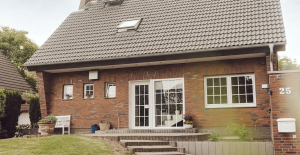 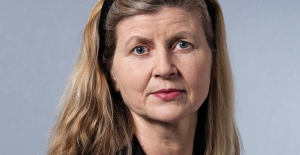 The welfare state with open borders is a red-green... 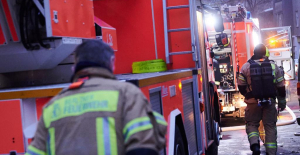