Iranian nuclear: the United States responds to Tehran reviving hopes of an agreement

“We transmitted our response to the European Union today,” said US State Department spokesman Ned Price. 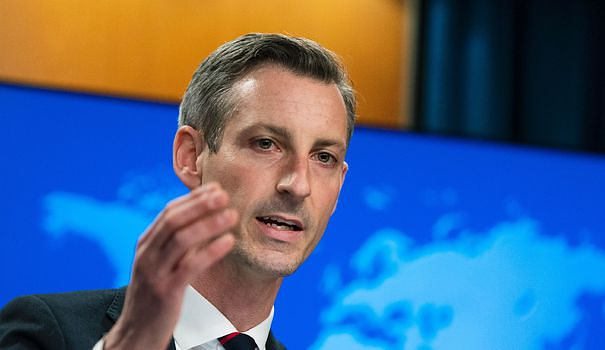 “We transmitted our response to the European Union today,” said US State Department spokesman Ned Price. He did not give any details on the content of the American response or on possible concessions on the part of the United States.

For its part, the Iranian Ministry of Foreign Affairs confirmed on Wednesday that it had received a response from the United States concerning the "adjustments" required by Tehran to the proposed agreement submitted by the European Union on the Iranian nuclear file.

"Iran has started to carefully consider the opinion of the United States and the Islamic Republic of Iran will transmit its opinion to the coordinator (of the EU) after this examination", indicated the spokesman of the Iranian diplomacy. , Nasser Kanani, in reference to Josep Borrell, the head of European diplomacy who is in charge of the dossier.

- Diplomatic back and forth -

This diplomatic back-and-forth with extraordinary stakes, since it aims to guarantee that Iran does not develop atomic weapons, is not over for all that and the outcome of the negotiations is still uncertain.

A senior US official said Tuesday on condition of anonymity that there were still "disparities" to overcome before reaching an agreement.

According to Washington, Iran has however made concessions on key points including the abandonment of its request to lift the designation of the Revolutionary Guards, the ideological army of the Islamic Republic, as a terrorist organization.

US President Joe Biden refused to do so and on Tuesday ordered airstrikes targeting pro-Iranian militia bases in eastern Syria, "affiliated" with the Revolutionary Guards.

Negotiations on Iranian nuclear power, which began 16 months ago, but which had been suspended and then resumed at the beginning of August, aim to save this agreement concluded with the Tehran regime by the five permanent members of the UN Security Council ( China, USA, France, UK and Russia) plus Germany.

The United States withdrew from it in 2018 under the presidency of Donald Trump, and had reinforced its sanctions against Tehran.

Since then, Iran has gradually freed itself from its obligations.

But the agreement is the subject of fierce opposition, starting with that of the Israelis, supported by the Republican opposition to President Biden.

Western powers must "stop" negotiating, because an agreement will allow Iran to earn "billions" of dollars (thanks to the lifting of economic sanctions, editor's note) and "destabilize" the Middle East, pleaded on Wednesday the Israeli Prime Minister Yair Lapid.

Mr. Lapid dispatched his national security adviser Eyal Hulata to Washington this week. And the Minister of Defense, Benny Gantz, flies away early Thursday for the American capital to discuss, among other things, Iranian nuclear power, his teams told AFP.

"What is on the table right now is a bad deal. It will give Iran $100 billion a year. This money will not be used to build schools or hospitals, but will be used to destabilize the Middle East. East (…) by strengthening Hezbollah, Hamas and Islamic Jihad,” Lapid said, without explaining what the figure was based on.

For their part, Republicans in the US Congress continue to denounce a "bad deal" that would reward Iran, which is also accused of supporting terrorism.

They seized - to better denounce the ongoing negotiations - the alleged plot to assassinate John Bolton, former national security adviser to the White House under Donald Trump, fomented according to Washington by a member of the Revolutionary Guards.

In Washington, we reject in any case any notion of American concessions, affirming that it is “Iran which made concessions on important questions”.

For Suzanne DiMaggio, of the Carnegie Endowment for International Peace, "if each party can make this appear as a victory for them, then there is a chance that the JCPOA (the English acronym for the agreement) will be restored".