Iranian nuclear: IAEA questions the "peaceful nature" of the program

In question, "the lack of progress" on the issue of three undeclared sites, where traces of uranium have been discovered in the past, according to a confidential report consulted by AFP. 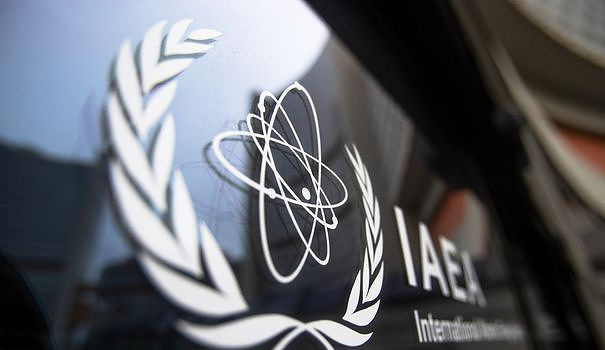 In question, "the lack of progress" on the issue of three undeclared sites, where traces of uranium have been discovered in the past, according to a confidential report consulted by AFP.

Iran continues to demand the closure of this investigation and refuses to cooperate further, despite the vote in June of a critical resolution at the Board of Governors of the UN body.

This is one of the stumbling blocks in the negotiations which started in April 2021 to relaunch the 2015 agreement intended to limit the program, in exchange for the lifting of American sanctions.

In this report presented internally before the Board of Governors next week, the Director General of the IAEA, Rafael Grossi, said he was "increasingly worried about Iran's non-cooperation".

He calls on the Islamic Republic "to meet its legal obligations" and to provide "technically credible explanations".

The IAEA deplores the Iranian decision to withdraw 27 surveillance cameras from various sites, citing "detrimental consequences for the ability" to verify the civilian nature of the nuclear program.

Already faced with the restriction of inspections since February 2021, she evokes "considerable challenges" to piece together the puzzle of activities if access is restored, in the event of an agreement between Tehran and the major powers.

"It's not an impossible task but it will take a lot of effort," a Vienna-based diplomat told AFP.

After positive signals last month, the talks again appear to be deadlocked.

The 2015 pact, known by its English acronym JCPOA, aims to prevent Iran from acquiring atomic weapons - a goal it has always denied pursuing.

But following the withdrawal of the United States and the reinstatement of American sanctions which are stifling its economy, Tehran has gradually freed itself from its obligations.

Among these reserves, the Islamic Republic has 55.6 kg of uranium enriched to 60% (compared to 43.1 kg previously), a threshold close to the 90% necessary for the development of an atomic weapon.

According to the same diplomatic source interviewed by AFP, it would probably take "three to four weeks for Iran" to reach the required quantity, knowing that the process to achieve a bomb includes other stages.

"While the agreement remains stuck in purgatory, Iran is using the time that passes to strengthen its nuclear program", also analyzes in a note Henry Rome, analyst of Eurasia Group.

In view of these two reports, will the Board of Governors of the IAEA decide to go further and refer the dispute to the UN Security Council, empowered to impose sanctions?

According to the expert, this scenario is "unlikely, at such a sensitive time", especially since the UN General Assembly, scheduled for later this month, "will provide the opportunity to hold high-level discussions level".

And even if the negotiations are slipping, "neither Iran nor the United States seem ready to whistle the end of negotiations, and to face the challenges that would be posed by an intensification of bilateral tensions", concludes Mr. Rome.