For the Iranians, the sporting challenge of the last meeting of group B will be immense since the "Team Melli" ("the national team" in Persian) will play a qualification for the 8th finals, a stage which it has not never reached before. 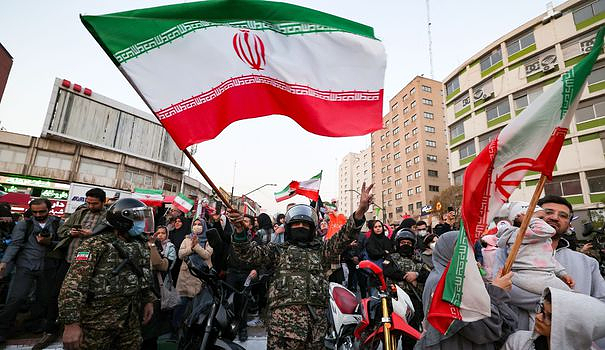 For the Iranians, the sporting challenge of the last meeting of group B will be immense since the "Team Melli" ("the national team" in Persian) will play a qualification for the 8th finals, a stage which it has not never reached before.

But this match will also have a highly political dimension as the subjects of tension multiply between Washington and Tehran, on the protest movement in Iran, the nuclear file or the conflict in Ukraine.

Beyond this rivalry, the Iranian team is also being scrutinized for the messages it sends to the victims of the harshly suppressed protests in its country.

Iran is the scene of a protest movement sparked on September 16 by the death of Mahsa Amini, a 22-year-old Iranian Kurd arrested by vice police for violating the Islamic Republic's strict dress code.

The authorities denounce these protests as "riots" encouraged by the West. At least 416 people have been killed in the crackdown on protests in Iran, according to a latest report released by the NGO Iran Human Rights (IHR), based in Norway.

Among them, 290 died during protests linked to the death of Mahsa Amini and 126 in Sistan-Baluchistan, a province in the south-east, including more than 90 on September 30 in the provincial capital Zahedan, during demonstrations against the rape of a teenage girl blamed on a policeman.

According to several NGOs, the movement continued on Friday, particularly in Sistan-Baluchistan.

At the same time, in Doha, the players created a surprise by singing the Iranian anthem before the match against Wales (2-0), even though most of them barely opened their mouths.

Four days earlier, they had remained silent for the start of the competition against England. A gesture described as a "collective" decision and perceived as an act of defiance vis-à-vis power.

The players also celebrated their two late goals against the Welsh as some expected them to show some restraint.

How to explain such a change? On social networks, some annoyed Internet users denounced the pressure exerted from Tehran. "The players were forced, under threat, to sing the national anthem," said Maziar Bahari, founder of the Iran Wire news site.

Coincidence or not, a former international footballer, Voria Ghafouri, 35, was arrested on Thursday after supporting protests in Iran. This Kurd is accused of having "insulted and smeared the reputation of the national team and of having engaged in propaganda" against the state, according to the Iranian press agency Fars.

Meanwhile, one of the 'Team Melli' players, striker Mehdi Taremi, told Doha that he and his teammates were under "no pressure" and that he did not want to "talk about politics".

During the press conference, the coach, the Portuguese Carlos Queiroz, was surprised that journalists do not ask the same questions "to other coaches from countries where there are also problems". "Why don't you ask (England coach Gareth) Southgate about England and USA withdrawing from Afghanistan?" he asked.

Before the start of the competition, the Iranian players had been strongly criticized by opponents for having accepted to be received by the ultra-conservative president Ebrahim Raïssi before leaving for Qatar.

In the Doha stadium, an AFP photographer saw supporters dressed in the colors of Iran having a "Woman Life Freedom" flag confiscated, which has become the rallying cry of the protest. At their side, a supporter held in her hands a flocked jersey in the name of Mahsa Amini and bearing the number 22, corresponding to the age of the young woman at the time of her death.

Images from Iranian television also showed scenes of celebrations in Tehran after the match.