Iran: UN and NGOs concerned about the repression of demonstrations after the death of a young woman

Mahsa Amini, 22, from the Kurdistan region (Northwest), was arrested on September 13 in Tehran for "wearing inappropriate clothes" by the morality police, a unit responsible for enforcing the dress code. 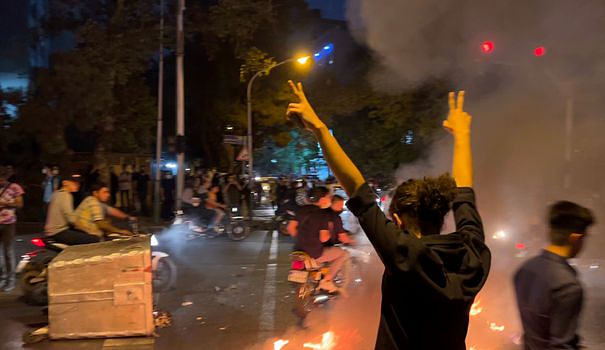 Mahsa Amini, 22, from the Kurdistan region (Northwest), was arrested on September 13 in Tehran for "wearing inappropriate clothes" by the morality police, a unit responsible for enforcing the dress code. strict Islamic Republic of Iran for women.

The young woman was visiting with her family in the Iranian capital. She fell into a coma after her arrest and died on September 16 in hospital, according to state television and her family.

Activists claim she suffered a head injury while in custody. This has not been confirmed by the Iranian authorities who have opened an investigation.

In Iran, covering your hair is compulsory in public. The morality police further prohibit women from wearing short coats above the knee, tight pants and jeans with holes as well as brightly colored outfits, among other things.

The death of the young woman sparked a wave of anger in Iran.

According to these NGOs, up to four demonstrators have been killed and dozens of others injured in the country.

In a statement, the New York-based NGO Human Rights Watch reported that videos circulating on social media and testimonies "indicate that authorities are using tear gas to disperse protesters and have apparently used force lethal in the province of Kurdistan".

"Using lethal force and tear gas to quell protesters demanding justice for the death of a young woman after she was arrested by police reinforces the systematic nature of human rights abuses and impunity for this government," HRW researcher Tara Sepehri Far said in the statement.

From Geneva, the United Nations Acting High Commissioner for Human Rights, Nada Al-Nashif, expressed on Tuesday "her concern at the death in custody of Mahsa Amini (...) and the violent reaction of the forces of security to the demonstrations that followed," said a press release from the High Commissioner.

"The tragic death of Mahsa Amini and the allegations of torture and ill-treatment must be promptly, impartially and effectively investigated by an independent competent authority (...)", she added.

According to a spokeswoman for the High Commission, Ravina Shamdasani, "two to five people were killed, according to some reports" during these demonstrations.

The Kurdish human rights organization Hengaw, based in Norway, claimed to have confirmed the death of three people in the province of Kurdistan. According to the organization, 221 people were injured and 250 were arrested in this region of Kurdistan.

Videos posted on social media, in which live ammunition can be heard, showed violent clashes, particularly in the town of Divandareh, between protesters and security forces.

For its part, the NGO Iran Human Rights (IHR), based in Oslo, reported that four people were killed in these demonstrations, where the slogans "Death to the dictator" or "Woman, life, freedom" were heard.

"We urge countries that have diplomatic relations with Iran, the European Union in particular, to stop further state assassinations by supporting the people's demands for respect for their fundamental rights," the NGO said. .

Several French political leaders have given their support to "Iranian women who are fighting for their freedom".

French President Emmanuel Macron is due to meet on Tuesday, on the sidelines of the United Nations General Assembly in New York, with Iranian President Ebrahim Raïssi, according to the French presidency, as the prospect of relaunching the agreement on Iran's nuclear.