Iran: the prosecutor promises quick results on the compulsory wearing of the veil

Iran has been in turmoil since the death of Mahsa Amini, a 22-year-old Iranian Kurd who died on September 16 after her arrest by vice police for violating the Islamic Republic's dress code, requiring women to wear the veil in audience. 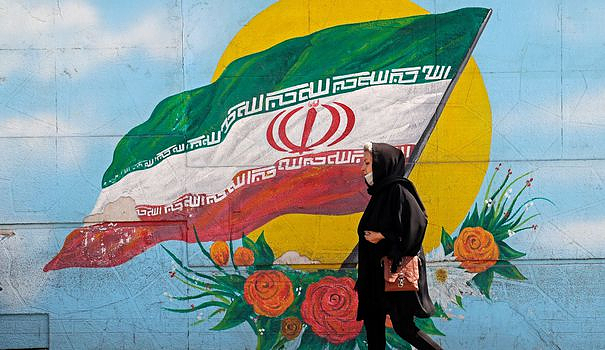 Iran has been in turmoil since the death of Mahsa Amini, a 22-year-old Iranian Kurd who died on September 16 after her arrest by vice police for violating the Islamic Republic's dress code, requiring women to wear the veil in audience.

Since then, Iranian women have spearheaded protests, shouting anti-government slogans, removing and burning their headscarves.

The Supreme National Security Council said on Saturday that "more than 200 people" had been killed in two and a half months of protests. This number includes, according to the official Irna agency, "civilian and security force deaths, victims of clashes between opposing groups, rioters and counter-revolutionary and separatist groups".

The Council also estimates that the amount of damage amounts to "thousands of billions of rials" (1 dollar is equivalent to 360,000 rials).

"Parliament and the judiciary are working" on this issue, said Attorney General Mohammad Jafar Montazeri, quoted by the Isna news agency on Friday. He did not specify what could be changed in the law, especially since ultra-conservative President Ebrahim Raisi has already imposed new clothing restrictions.

The veil became compulsory in Iran in 1983, four years after the 1979 Islamic revolution. to "spread the culture of decency and hijab".

The Attorney General has announced an upcoming date for the results of the examination on compulsory wearing of the hijab. "For example, we had a meeting with the Parliament's Cultural Committee on Wednesday and we will see the results in a week or two," he said in a speech in Qom, south of Tehran.

This ultraconservative asked the “families of the martyrs” and the “Hawzah” (seminars for the study of Shiite Islamic values), to demand action from the executive bodies in the fight against disobedience to the wearing of the veil.

For his part, President Raisi said Saturday in Tehran at a conference: "Our constitution has solid and immutable values ​​and principles (...) But there are methods of implementing the constitution which can be inflected".

Since the death of Mahsa Amini and the protests that followed, a growing number of women are baring their heads, especially in the upscale north of Tehran.