Iran: protesters in the street despite the repression

Unprecedented in scale since 2019, the protests -- described as riots by authorities -- were sparked by the September 16 death of Mahsa Amini. 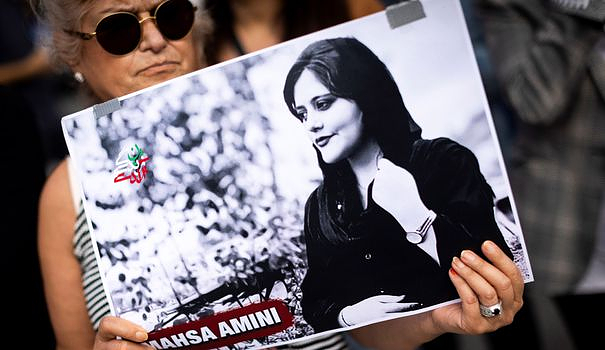 Unprecedented in scale since 2019, the protests -- described as riots by authorities -- were sparked by the September 16 death of Mahsa Amini.

This 22-year-old Iranian Kurd died three days after her arrest by the morality police, who accused her of having broken the strict dress code, imposing in particular the wearing of the veil in public.

Authorities last week warned protesters it was time to get off the streets, but protests continue unabated, with rallies in residential areas, universities and on major avenues.

According to the NGO Iran Human Rights (IHR), based in Norway, 160 people were killed in the repression of the demonstrations and 93 others in separate unrest in Zahedan (southeast).

And each mourning ceremony, organized according to tradition on the 40th day following a death, is likely to turn into a demonstration against power.

In the Ekbatan district of Tehran, residents took up protest slogans such as "Death to the dictator" on Monday evening, in the face of security forces who used stun grenades, according to images published in particular by the media. online 1500tasvir.

In the predominantly Kurdish town of Sanandaj (north-west), the funeral of Sarina Saedi, a 16-year-old girl killed in the repression, turned into a demonstration with anti-regime slogans and women removing the headscarf, according to the human rights organization Hengaw, based in Norway.

1500tasvir also posted a video, widely shared on social media and presented as showing medical students protesting in the northern city of Tabriz, chanting: "You are the pervert!" in a message to the morality police.

According to IHR, students observed a sit-in at the University of Isfahan on Tuesday. Images on social media have also shown similar actions at the engineering faculty of Amir Kabir University in Tehran.

This is not the first time that the country has been the scene of demonstrations against the government. In 2019 in particular, they were triggered by the rise in gasoline prices, in the midst of an economic crisis. But the current movement has broken taboos.

Thousands of people have been arrested, according to human rights activists, with Iranian justice reporting the indictment of a thousand people in connection with the "riots".

The Judicial Authority had indicated on Saturday that the trial of five people, accused of crimes punishable by the death penalty, linked to the demonstrations, had opened in Tehran.

At the first hearing, one of the defendants, Mohammad Ghobadlou, was sentenced to death according to a video of his mother released by the Abdorrahman Boroumand Center, an NGO based in Washington.

He was being prosecuted for "corruption on land", a charge punishable by death, for having "attacked police officers with a car, resulting in the death of an officer and the injury of five others", authorities said on Saturday. No official information has been given since on his conviction.

At least 46 journalists have been arrested according to the New York-based Committee to Protect Journalists (CPJ).

Hossein Ronaghi, a free speech advocate and contributor to the US daily Wall Street Journal arrested shortly after the protests began, is on a "hunger strike and not well", his brother Hassan wrote on Twitter afterward. that the activist was able to see his parents.

Washington had announced on October 26 economic sanctions targeting Iranian officials and companies, for the suppression of demonstrations.

Tehran in turn announced sanctions on Monday targeting individuals and entities in the United States, including the CIA, which it accuses of encouraging "violence and unrest" in Iran.