Iran: more than 1,200 people arrested since the start of the demonstrations

"During the unrest of the past few days, 450 rioters were arrested in Mazandaran (north)," the province's attorney general, Mohammad Karimi, was quoted by the official Irna news agency as saying on Monday. 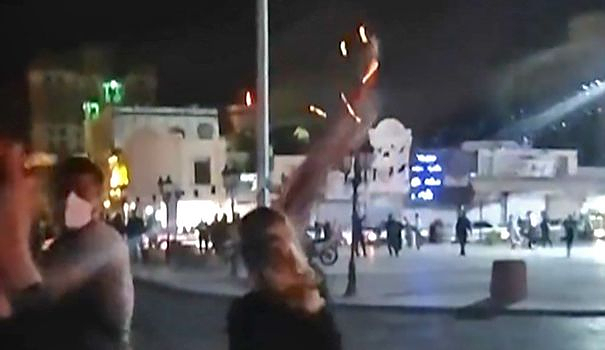 "During the unrest of the past few days, 450 rioters were arrested in Mazandaran (north)," the province's attorney general, Mohammad Karimi, was quoted by the official Irna news agency as saying on Monday.

On Saturday, the authorities reported 739 demonstrators arrested, including 60 women in Guilan, neighboring province of Mazandaran, in the north of the country.

Quoting a local official, the Fars news agency announced on Sunday the arrest of 88 protesters in the southern province of Hormozgan.

According to the same source, the authorities made other arrests in the cities of Zanjan (northwest), Karaj (west of Tehran) and Kerman (southeast).

The protests began on September 16, the date of the death of Mahsa Amini arrested three days earlier in Tehran for "inappropriate wearing of clothes" in the Islamic Republic where the dress code for women is strict, in particular the wearing of the Islamic veil.

The protest movement has spread to several cities in the country, where demonstrators have shouted anti-government slogans, according to local media.

"Over the past few days, rioters have attacked government buildings and damaged public property in parts of Mazandaran under the direction of foreign agents," Karimi said.

On Sunday, the head of the judiciary, Gholamhossein Mohseni Ejeï, threatened to show "no leniency" towards the demonstrators and called on the police to act "firmly" against "those who undermine to security".

According to a non-detailed official report, including demonstrators and police, 41 people were killed in ten days of protests.

The Tasnim news agency on Monday published around 20 photos of demonstrators, including women, in various streets of Qom, an important Shiite holy city located nearly 150 km south of the capital.

The military and security institutions published these images of the "leaders of the riots" and called on the inhabitants to "identify them and inform the authorities", added the agency.