Inflation: The Mayor does not expect an improvement before the start of 2023

But "we do not have a scenario on the table today which foresees double-digit inflation in France", added the minister as consumer prices rose by 6. 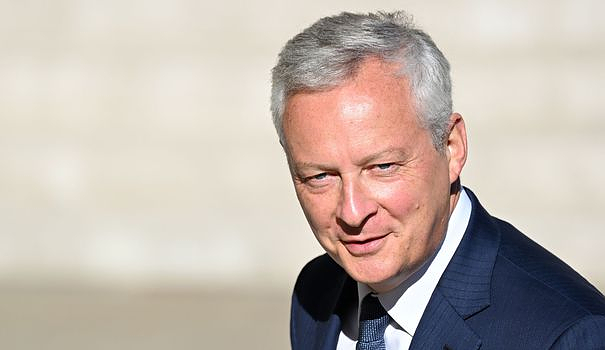 But "we do not have a scenario on the table today which foresees double-digit inflation in France", added the minister as consumer prices rose by 6.1% over one year in July, according to INSEE.

In France, "in the weeks and months to come, until the end of 2022, we will continue to have very high prices. Then at the beginning of 2023, at least that's what we expect, in the In the first quarter of 2023, we should start to see prices and inflation come down. It will happen gradually," said Bruno Le Maire.

In an interview with the daily Sud-Ouest published on Sunday, the minister said that France was "at the peak of inflation".

Consequently, "it is now that we must help the French the most" before targeting aid "on those who need it most" from 2023, he explained.

Regarding the risk of recession in the euro zone, Bruno Le Maire estimated on France 5 that "everything will depend on Vladimir Putin's decisions on gas. If he ever decides to cut off the gas for the EU and the euro zone, we are evaluating the impact on growth, for France alone, at half a point of GDP, and probably more for other economies more dependent on Russian gas than us".

"It is on the question of Russian gas that part of the growth in Europe will be played out in the coming months", according to the minister.

Growth in the euro zone was 0.6% in the second quarter compared to the previous quarter, and 0.5% in France.

But private sector activity contracted in August in the euro zone, and also in France, although less sharply, according to the PMI indices published on Tuesday by S