Inflation: 34% of French people fear not being able to offer gifts at Christmas

Rise in the price of gas, electricity, gasoline, food, toys. 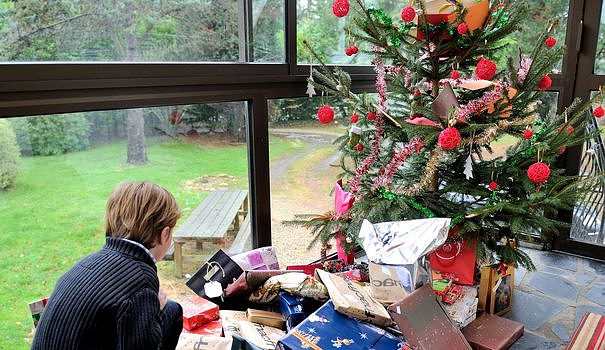 Rise in the price of gas, electricity, gasoline, food, toys... For some families, the weight of inflation could well spoil the end of year celebrations. According to Eurostat figures, it fell in the euro zone in November for the first time in a year and a half, but at 10% over one year it remains worrying and the trend reversal is uncertain. According to an Ifop study carried out in November 2022 for the association Dons Solidaires, of which L'Express reveals the results exclusively this Thursday, December 1, 55% of French people express strong concern about the increase in prices at the end of this period. 'year. A figure that rises to 67% among respondents belonging to the poorest categories of the population, and 63% among parents.

Directly impacted by the rise in prices, the latter are now 66% to say to themselves "often or from time to time" that they will not be able to make ends meet - at the same period in 2021, they were not than 59%. More than half of the parents questioned by Ifop also admit that they fear falling into poverty (4 points compared to 2021), and 34% that they could have recourse to associations to obtain food. ( 3 points).

In a context of rising energy prices, nearly four out of ten French people also assume that they give up "often or from time to time" heating their home or using their vehicle. But here again, the figures are exploding among the poorest French people: 61% of them regularly avoid turning on their radiators (7 points since 2021), and 63% from taking their car (4 points). "Precariousness is more present than ever, and is now reaching new targets", analyzes the general delegate of Dons Solidaires, Dominique Besançon. "We talk about parents, but students and single-parent families are also very affected by the impact of inflation."

In this ambient pessimism, the end-of-year celebrations lose some of their magic. For nearly a third of French people, they have thus become a source of worry and sadness. Unsurprisingly, this feeling peaks among the less well-off - 44% of whom say they are saddened by this period - and in single-parent families - 45% of them tell Ifop of their apprehension as Christmas approaches. . For two out of ten people, this melancholy is linked to the fear of not being able to serve a good meal at Christmas - for more than a third, to the fear of "not being able to give presents or little".

Among parents of children of age to receive gifts, this figure takes off at 44%. "In 2020 already, 20% of French people gave up buying gifts for their children at Christmas. The context has greatly worsened, and weighs on the morale of the most precarious", underlines Dominique Besançon, who describes this sacrifice as " ultimate renunciation" for the parents. While 43% of the families concerned admit to feeling shame or guilt in the face of this situation, the General Delegate recalls the impact of such deprivation. "For them, it is clearly a factor of social exclusion, and a real attack on their dignity".

Results ? Nearly one in two French people indicate that their gift budget will be lower than in previous years. For some parents, sacrifices will also be inevitable: 49% of them admit that they will cut back on going out (restaurants, cinema, etc.) to fill the tree during the holidays, 29% that they will reduce their holidays , 17% that they will draw from the food budget, and 13% from that dedicated to heating and lighting... No less than 18% of parents also affirm that they will have to call on a family helper to be able to spoil their relatives (compared to 12% in 2021), and 9% indicate that they will have no choice but to seek help from an association (compared to 6% last year). A figure that strongly motivates the volunteers of Dons Solidaires: for several months, the association has mobilized dozens of partner companies to collect refurbished second-hand gifts for children and their parents. At Christmas, they will be offered to 400,000 beneficiaries throughout France, through 350 partner associations.