Inequalities between Spaniards are triggered by the rise in prices

Due to the conflict in Ukraine, the huge rise in prices for the shopping basket has caused a 10. 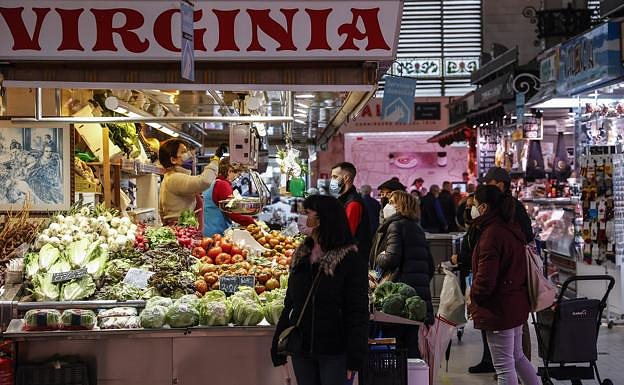 Due to the conflict in Ukraine, the huge rise in prices for the shopping basket has caused a 10.2% increase in its price. This is putting the most vulnerable families at the end of their rope. The rise in prices is the fastest and most extreme in 37 years. However, it is mostly affecting the poor. They are consuming the same basic items as 12 months ago but have less purchasing power than those who are rich. According to an Oxfam monographic report, the rise in inflation is causing more inequalities in Spain. This is after the social crisis that unleashed the pandemic has caused prices to soar.

The 13.2million Spaniards at greatest risk of social exclusion, or who live below the poverty line, is also the group to which inflation is causing the highest prices. Basic foods and energy have been the most expensive products, which are the items that go to the bottom of the grocery list. The result is that while families with less resources have seen their purchasing power decrease by 14% compared to 2021 and those earning more than 5,000 euros a month still see a 11% drop in purchasing power. Inflation has affected poor households more than the rich by 30%.

Energy is a clear example. Due to rising oil and gas prices, the poorest Spaniards have had to allocate nearly four euros per ten to their electricity, gas, or butane bills. This has drained their already stretched domestic budget. However, the wealthiest have invested more in energy but never spent more than 10% of their monthly expenses. Energy poverty, which causes 14% of Spanish citizens to use a blanket or fan depending on the situation, and forces them to turn off or ration the heating or fans, has already reached the lower middle classes. Oxfam estimates that 4 percent of these households (around 75,000 in the country) have spent up to half their income on energy.

While fuel, electricity, and gas are killing the economy of the most vulnerable families in society, Oxfam highlights how the four largest Spanish companies in this sector saw their income rise by 34% between 2020-2021 as their profits doubled over the last five years. Also, how the last year, hydroelectric and nuclear power plant profits (without fossil fuel consumption) exceeded 6.00 million euros, or the so-called "profits from Heaven". To combat rising social inequality, Oxfam is calling for a tax on the extraordinary profits of energy companies.

The savings capacity, which is weakened by inflation, is another aspect that reveals the hardships the middle and lower classes are experiencing. Half of Spanish families were able to save before inflation. Only 30% of the most wealthy are able to save anything despite the shocking rise in basic product prices. In just a few months, the drop in savings was 20 points. As with everything else, the most affected are the poorest households. Their ability to save has declined 3.5 times.

"These data unfortunately confirm that inflation understands classes, punishing certain more than others since life is more costly for those with less resources," Ernesto Garcia, Oxfam’s Just Recovery coordinator, said. Spain. He said that the price rise was affecting particularly households with low incomes, exacerbating inequalities.

Garcia recalls that equality can also be grown from a precarious situation, thanks to the tailwinds caused by the pandemic. The Living Conditions Survey with data to 2021 showed that inequality was increasing due to unemployment and the decline in incomes caused by the coronavirus epidemic. The income of 20% of the wealthiest was 6.2 times higher than the income of 20% of the lowest income, four tenths less than one year ago. The Gini index also confirms the increase in inequality.

Oxfam's tax-payers should not only pay a tax on their profits, but also demand that there be a comprehensive and progressive tax reform to strengthen social policies, which includes a Wealth tax. These funds should be used to fund a shock plan to address inequality. This would include increasing the minimum wage and increasing the subsidy for the Minimum Vital Income.

‹ ›
Keywords:
AlzaPreciosDisparaDesigualdadesEspanoles
Your comment has been forwarded to the administrator for approval.×
Warning! Will constitute a criminal offense, illegal, threatening, offensive, insulting and swearing, derogatory, defamatory, vulgar, pornographic, indecent, personality rights, damaging or similar nature in the nature of all kinds of financial content, legal, criminal and administrative responsibility for the content of the sender member / members are belong.
Related News