Indonesia: the president visits the city bruised by the stampede in a stadium

The Head of State traveled to the city of Malang, located in the east of the island of Java, to meet the families of the victims, go to the bedside of the injured and inspect the stadium where the event took place. 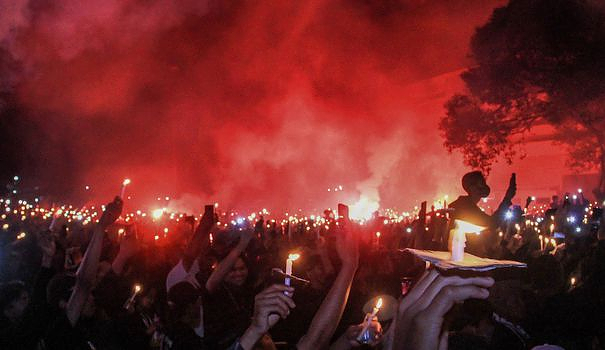 The Head of State traveled to the city of Malang, located in the east of the island of Java, to meet the families of the victims, go to the bedside of the injured and inspect the stadium where the event took place. one of the worst dramas in football history this weekend.

"We need improvements in all management, stadium spectator management, time management, security. This needs to be fully audited so that such a tragedy does not happen again," he told journalists at the Kanjuruhan stadium which still bears the traces of the tragedy.

He had indicated earlier that the audit will concern "all the stadiums used by the league" of football.

The Indonesian leader said he spoke the day before with the president of the International Football Federation (Fifa) Gianni Infantino on ways to improve the way of "managing football" in Indonesia.

The visit of the Indonesian president comes in the context of growing anger against the police accused by supporters of having aggravated a crowd movement.

The tragedy occurred when Arema FC fans took to the pitch to challenge players and managers after their defeat by rivals Persebaya Surabaya.

Police called the incident a riot and said two officers were killed. Survivors of the tragedy, however, accused her of overreacting by sending tear gas into the stands.

Police tried to forcibly control the crowd on the pitch with batons, according to witnesses and video footage, but this encouraged more supporters to come and lend a hand to those already on the pitch.

In response to this tragedy, Joko Widodo ordered the suspension of all matches, compensation for the victims and an investigation into the tragedy. It could last two to three weeks.

Police said the investigation was focused on six stadium gates of which they have footage from cameras placed outside.

She said the exits were open but too small to allow all people to cross them.

The Indonesian Football Federation spokesman said on Tuesday that some gates which should have been opened 10 minutes before the final whistle remained closed.

They remained closed "due to late orders" and officers "who had not arrived", he told a press conference.

The city's police chief was sacked on Monday and nine officers suspended, while 19 officers are being questioned over the stadium disaster.

Witnesses said they found themselves surrounded by tear gas as they rushed to the small exit doors.

Several people present said that the police stood aside and refused to come to the aid of the victims.

"The place looked like a vast cemetery. The women and children were piled up on top of each other," Eko Prianto, 39, told AFP.

The Indonesian Football Federation on Tuesday banned for life two Arema FC officials, a leader of the organizing committee and a member of security. It also fined the club 250 million Indonesian rupiah (about 16,500 euros).

Maike Ira Puppita, the Federation's deputy general secretary, told AFP that away fans had been banned for fear of violence and the match had been uneventful until fans entered the pitch after the final whistle.

She added that the Federation had sanctioned the club and its managers "due to negligence regarding the whole situation".

The actions of the police do not fall within the scope of the Federation, she insisted.

"We are not going to venture into that territory," she said, refusing to answer questions about their behavior after the match.