This earthquake of magnitude 5. 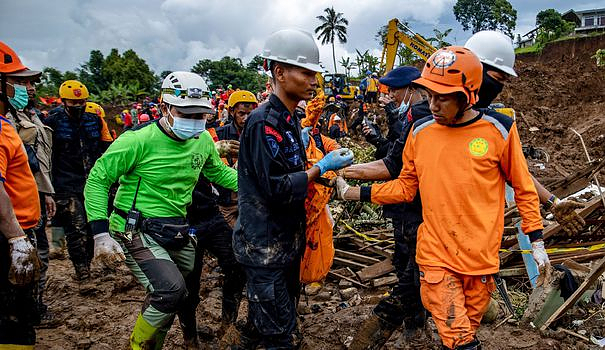 This earthquake of magnitude 5.6 but shallow caused extensive damage in West Java.

After an initial death toll of around 270, the death toll continued to rise each day as rescuers discovered new bodies under the rubble of buildings that had collapsed or been swallowed up by landslides.

"After the discovery of eight more bodies on Saturday and three today, we are now at 321 dead," the head of the disaster management agency, Suharyanto, who like many Indonesians, said on Sunday evening, does not has only one name.

Eleven people are still missing, and the search will continue on Monday to try to find them.

The quake destroyed or damaged more than 60,000 homes and 73,000 displaced people are now housed in more than 300 shelters, he added.