Since the Russian attack on Ukraine and the associated tensions with NATO, the number of military encounters with Russian aircraft over the Baltic Sea has increased. 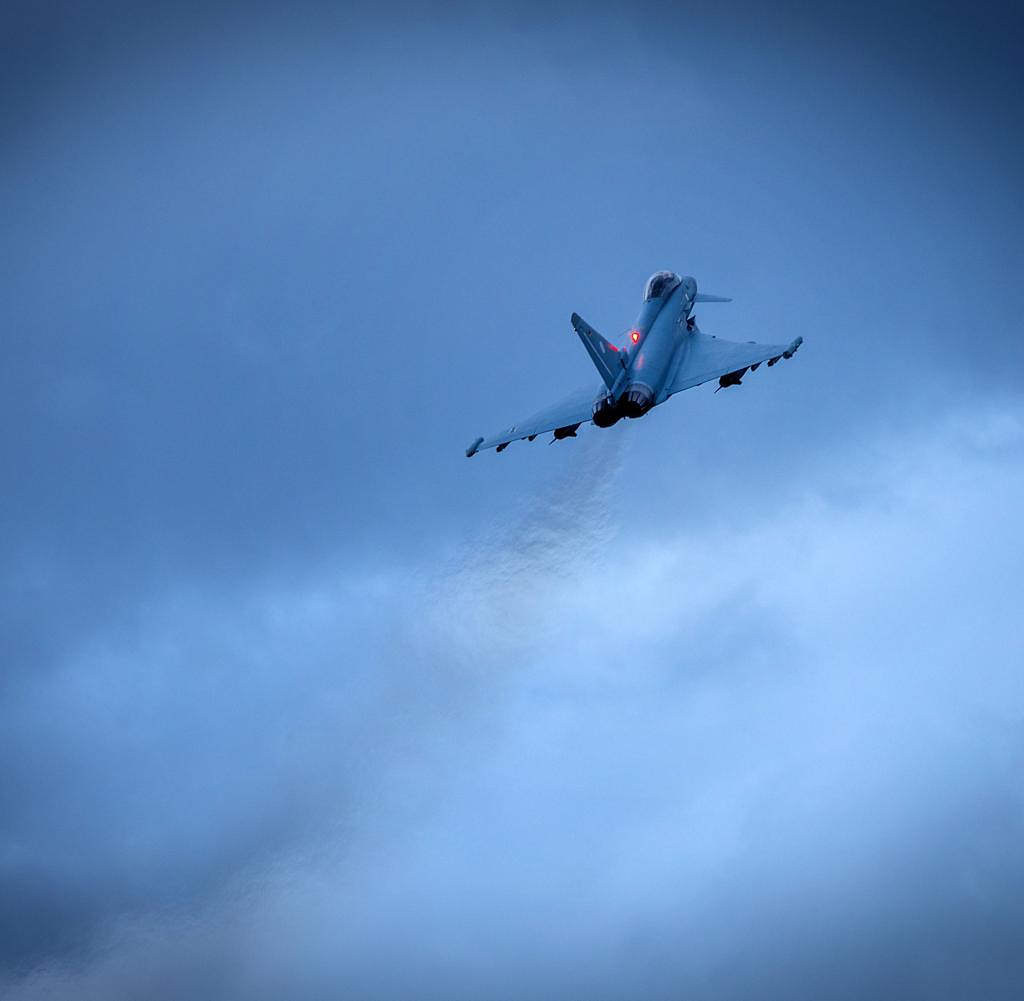 Since the Russian attack on Ukraine and the associated tensions with NATO, the number of military encounters with Russian aircraft over the Baltic Sea has increased. "Yes, we definitely notice that: We have more incidents, as we call them," said the Inspector General of the German Air Force, Ingo Gerhartz, in the ZDF "Morgenmagazin". Russian military aircraft approached NATO airspace and were then accompanied by NATO aircraft.

Since the beginning of August, the Luftwaffe has been securing NATO airspace over the Baltic States together with air forces from Hungary and Italy. Five Eurofighters are stationed in Ämari in Estonia and are ready for action around the clock. According to the Air Force, they are to be reinforced by Spanish fighter jets in the future. Another so-called alarm squad of the Luftwaffe to defend German and NATO airspace is currently ready in Lower Saxony.

Only on Friday did a reconnaissance aircraft, accompanied by combat aircraft, fly from Kaliningrad in Russia to the Baltic Sea region, said Gerhartz. "Then we'll rise." However, the NATO machines stayed "at a distance". Russian flight maneuvers in international airspace are "completely fine". At the same time, it was signaled that NATO airspace was a "red line" that Russian aircraft were not allowed to cross.

At the same time, the German air force chief emphasized that NATO could defend security in the Baltic Sea region against any attacks "in an emergency". In this context, he also referred to the planned accession of the hitherto neutral countries Sweden and Finland to the alliance. As a result, among other things, considerable air forces would be available in the region. All in all, NATO is a "strong alliance" with which it is better not to mess.

According to the Russian military, it recently deployed fighter jets armed with modern hypersonic missiles to the Russian exclave of Kaliningrad. The Defense Ministry said three MiG-31 fighter jets armed with Kinzhal hypersonic missiles had arrived at Chkalovsk air base in the Baltic Sea exclave between Poland and Lithuania as part of "additional strategic deterrence measures."

The ministry said the planes were on 24-hour alert. A video released by the Department of Defense showed the fighter jets arriving at the airbase - but without the missiles, which appear to have been delivered separately.

The deployment of Kinzhal missiles to Kaliningrad appeared to serve the purpose of demonstrating the Russian military's ability to threaten NATO positions. Moscow has sharply criticized Western arms sales to Ukraine and accused the US and its allies of fueling the conflict. According to Russian information, the rocket can hit targets at a distance of up to 2,000 kilometers and flies at ten times the speed of sound. Russia has used Kinzhal missiles to hit various targets in Ukraine.

‹ ›
Keywords:
TexttospeechNewsteamOstseeUkrainePolitikRusslandUkraineKrieg (24.2.2022)Ingo GerhartzKaliningradApple PodcastPolitikNATO (NordatlantikvertragOrganisation North Atlantic Treaty Organization)LuftwaffeEstlandUkraineMilitarBaltikum
Your comment has been forwarded to the administrator for approval.×
Warning! Will constitute a criminal offense, illegal, threatening, offensive, insulting and swearing, derogatory, defamatory, vulgar, pornographic, indecent, personality rights, damaging or similar nature in the nature of all kinds of financial content, legal, criminal and administrative responsibility for the content of the sender member / members are belong.
Related News