Incest: the ciivise sounds the alarm, the government promises to act

Plan to withdraw parental authority from the incestuous parent, national campaign, support for victims and professionals: the government is strengthening the means of combating sexual violence which affects 160,000 minors each year. 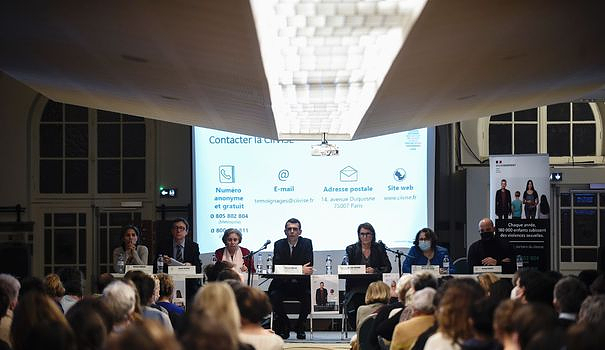 Plan to withdraw parental authority from the incestuous parent, national campaign, support for victims and professionals: the government is strengthening the means of combating sexual violence which affects 160,000 minors each year.

The Independent Commission on Incest and Sexual Violence against Children (Ciivise) "is delighted to have been heard, to see its recommendations taken up by the government", reacted for AFP its co-president, the children's judge Édouard Durand.

The government wants to "strengthen the training of health professionals" and finance a "major national campaign" of prevention in early 2023.

"Adults must better identify the signals and, if necessary, express their doubts, even before having certainties", declared Charlotte Caubel, the Secretary of State for Children, to Figaro.

Caregivers, school teachers, sports teachers must "systematically ask themselves the question" of sexual violence. “When a child is violent, when signals raise fears of a situation of prostitution or when he is isolated, it is a reading grid that they must have in mind”, underlines Ms. Caubel.

To support them, the government will create "a support unit for all professionals who have doubts or are faced with revelations".

Once the incest has been spotted, the next step is to consolidate the legal treatment while 70% of the complaints are filed without further action.

The government will continue the deployment throughout the territory of Pediatric Reception and Listening Units (Uaped), associating investigators, doctors, psychologists, to hear the child in safety.

Throughout the criminal process, the government wants to strengthen support for the child, "through victim support associations and with the intervention of an ad hoc administrator", a professional whose mission is to represent and defend the minor child.

One of the advances most awaited by the associations is "the withdrawal in principle of the exercise of parental authority in the event of a conviction of a parent for incestuous sexual violence on his child".

The government will table in Parliament a legislative amendment to allow it, while accepting that a court may exceptionally refuse it "by special motivation".

"The crux of the problem remains the excessively high rate of dismissals and the excessively low rate of revelations of sexual violence. We must strengthen the identification and consolidate the criminal investigation, which the measures announced by the government tend to do. We we will ensure that they are implemented", commented Judge Durand.

One in 10 people has been the victim of childhood sexual abuse, according to the Ciivise which published a report on Wednesday on the call for testimonies it launched a year ago.

"What is obvious when reading the emails received is the expression of suffering, extreme and lasting suffering. It is not thinking of something painful that happened a long time ago, it is to experience it today”, explains to AFP the judge Durand.

"I took life at eight years old": those who testify "almost always" evoke the consequences "on their intimate life in adulthood, their couple, their life as a parent, their sexuality", notes the Ciivise which received 16,414 testimonials.

Many testimonies also evoke a refusal of motherhood and the fear of reproducing the aggressions on their own child.

This violence suffered as a child also has an impact on adult health: the vast majority have "developed risky behavior", such as eating disorders, addictions, aggressiveness, suicide attempts. One in two women thus describes an eating disorder (anorexia, bulimia, etc.). Four out of ten men have an addiction problem (alcoholism, drugs).

"I take alcohol or cannabis to numb myself, not for a recreational, euphoric high. It's just so I can fall into a dreamless sleep, since dreams are basically nightmares," says a man quoted in the report.