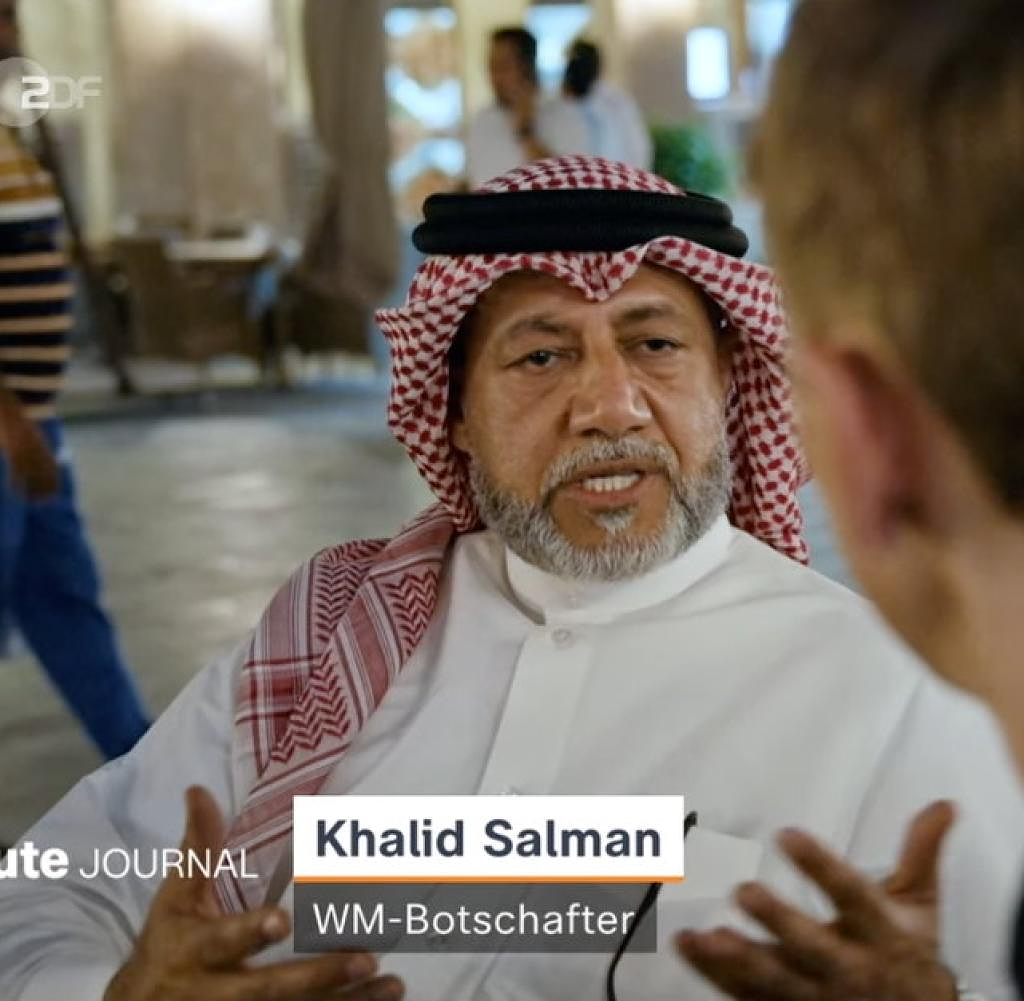 Qatari World Cup ambassador and former international soccer player Khalid Salman has described homosexuality as "mental harm". The statement was made in an interview in the ZDF documentary "Geheimsache Qatar" by Jochen Breyer and Julia Friedrichs, which will be broadcast on Tuesday (8:15 p.m.). The excerpt with Salman's statements was already shown in the "heute-journal" on Monday evening.

“A lot of things will come into the country during the World Cup. Let's talk about gays," Salman said. "The most important thing is that everyone will accept that they come here. But they will have to accept our rules.” Above all, he has problems when children see gays. Because they would then learn something that is not good. In his eyes, being gay is "haram" and forbidden, said Salman. "It's mental damage." The interview was immediately terminated by the spokesman for the World Cup Organizing Committee.

Qatar is considered one of the most controversial hosts in World Cup history. Among other things, the emirate is accused of human rights violations, bad treatment of foreign workers and a lack of women's rights. In the run-up to the World Cup, which begins on November 20th, the desert state is trying to convey a different picture. Officially, fans from the LGBTQ scene are also welcome.

In the "Frankfurter Allgemeine Zeitung", Foreign Minister Mohammed bin Abdulrahman Al Thani described the criticism of Qatar, especially from Europe, as "very arrogant and very racist". At the same time, he referred to reforms in his country that would continue after the World Cup.

DFB President Bernd Neuendorf said on Monday evening that the world football association FIFA must face up to its responsibility for those workers who died or were injured during the construction of the World Cup stadiums in Qatar and who can no longer feed their families. This is also a responsibility that the DFB must face up to, said Neuendorf at the presentation of the Julius Hirsch Prize of the German Football Association (DFB) in Dresden.

He also spoke to Fifa President Gianni Infantino about it during his trip to Qatar. The allocation of the tournament was viewed very critically. "I think the tournament has already changed the sport," said Neuendorf. In the future, the award will also have to be based on human rights criteria. That will be an important criterion for FIFA. "That means the sport has become more political," explained Neuendorf and spoke of a good development. Football must raise its voice. The World Cup in the emirate begins on November 20th and ends on December 18th.

‹ ›
Keywords:
NewsteamKatarFußball WM 2022Jochen BreyerJulia FriedrichDFB (Deutscher FußballBund)ZDFDohaCorniche PromenadePolitikFifaKhalid Salman
Your comment has been forwarded to the administrator for approval.×
Warning! Will constitute a criminal offense, illegal, threatening, offensive, insulting and swearing, derogatory, defamatory, vulgar, pornographic, indecent, personality rights, damaging or similar nature in the nature of all kinds of financial content, legal, criminal and administrative responsibility for the content of the sender member / members are belong.
Related News