In Washington, Macron defends Europe and the "middle class"

Emmanuel Macron did not mince words on Wednesday in Washington. 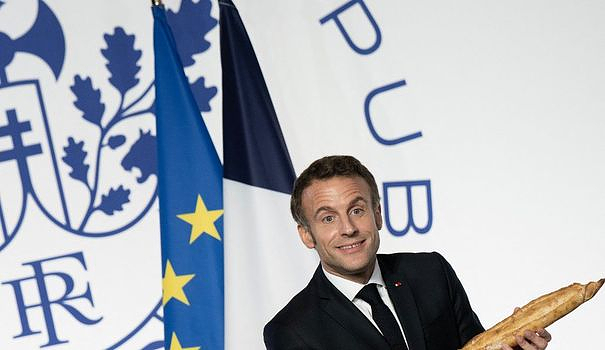 Emmanuel Macron did not mince words on Wednesday in Washington. On the first day of an official trip to celebrate Franco-American friendship, the French president wanted to be "direct", castigating the subsidies provided for in Joe Biden's major climate plan, which promote "made in USA" products. against goods imported from Europe and France.

"It's super aggressive for our companies", underlined Emmanuel Macron, during a lunch on climate issues and biodiversity organized in Congress, referring to the massive program of support for the energy transition wanted by the American president, baptized Inflation Reduction Act (IRA). Focused primarily on climate and social spending, the plan provides for more than $430 billion in investment, including $370 billion to reduce greenhouse gas emissions by 40% by 2030, the largest effort ever granted by the United States in this area.

Generous subsidies must thus be granted to companies producing in particular electric vehicles, batteries or renewable energies, provided that they are manufactured on American territory.

"I don't want to become a market for American products because I have exactly the same products as you. I have a middle class (who must) work and people who must find jobs. And the consequence of the IRA is that you may fix your problem but you will make mine worse. I'm sorry to be so blunt," he added, referring to the difficult economic situation in Europe, against the backdrop of the war in Ukraine, galloping inflation and energy crisis.

Stressing that the alliance with the United States was "stronger than anything", he nevertheless warned against the "risk" that "Europe and France become a sort of adjustment variable" for the rivalry between the United States and China, the two leading world powers. "The choices made, whose objectives I share, in particular the IRA, are choices that will fragment the West," he insisted during a speech to the French community at the French Embassy in Washington.

France sees with concern the uninhibited economic patriotism shown by the American Democratic President, who has given himself the watchword "Made in USA". The law which will come into force on January 1, 2023 raises fears in Paris and Brussels of a large wave of industrial relocations. The French president indicated that he did not "believe for a second" in an American volte-face on this legislation but pleaded for better synchronization between the United States and Europe.

Joe Biden's spokeswoman, Karine Jean-Pierre, repeated Washington's position, namely that this "Inflation Reduction Act" creates "significant opportunities for European businesses and for European energy security. This is not not a zero-sum game. The state visit of Emmanuel Macron, the first foreign leader to whom Joe Biden reserves this diplomatic honor, continued on a more solemn tone. In addition to the issue of trade protectionism, the two leaders are also expected to discuss major international issues on Thursday, with China and Ukraine at the top of the list.

Following his frank exchange with the elected members of Congress, the Head of State went to Arlington National Cemetery where he laid a wreath at the tomb of the Unknown Soldier and a white rose at the grave of Pierre Charles L. Child, the French architect who designed the plans for the American capital.

After a meeting on civilian nuclear power and a meeting with the French community, Emmanuel and Brigitte Macron met Joe and Jill Biden for an intimate dinner, far from the formal pomp that the White House will deploy on Thursday for the French president, between strokes cannon, meeting in the Oval Office and gala dinner.