In Ukraine, the last inhabitants of Siversk caught in the crossfire

The large town, in the Donbass still under Ukrainian control, had around 11,000 inhabitants before the Russian invasion in February. 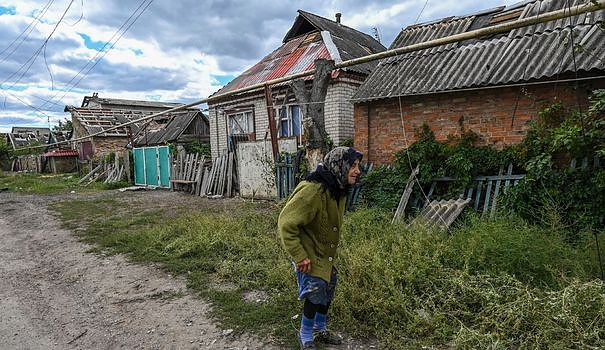 The large town, in the Donbass still under Ukrainian control, had around 11,000 inhabitants before the Russian invasion in February.

There are around 2,000 there today, mostly elderly people who say they have nowhere else to go. They have been living with the bombs since the beginning of July, when the Russian army turned towards this locality, without managing to take it, after having conquered the large neighboring city of Lyssytchansk.

"I live in this delirium. We are constantly walking the line between life and death," Alla, 55, who declined to give his last name, told AFP.

"We live in the basement. We don't receive humanitarian aid. We are afraid to go into the garden. We have nothing to harvest, no electricity, no water," she says.

"Psychologically, it's very difficult to get through this, when every day and every night there are constant explosions and (...) we don't know where it's going to fall", she adds under the approval from neighbors.

As Alla speaks, several explosions are heard. It's the Ukrainians' turn to shoot and the opposing camp will not be long in responding.

As if to better underline the words of his neighbour, Viktor Markov, 55, wants to show a rocket that recently fell on an empty house in the neighborhood. The machine, at least three meters long, crossed the roof and the floor before coming to rest in the beaten earth of the basement. It didn't explode.

"I was in the Soviet army. I've been in hot places, but I've never seen such a thing," he says.

The 50-year-old does not "know" if the shots come from the Ukrainians or the Russians. "It annoys me," he said, shedding a tear. "I was born in Ukraine, I will die in Ukraine. We are not against anyone, we are not against the government", he wonders.

Further into the town, whose flank is controlled by Ukrainian units facing the Russian lines, one in two houses has been reduced to rubble.

This is where Tetiana Deïnega, 90, still lives, picking up herbs in front of her house, paying no attention to the sound of the cannon.

Ms. Deïnega says she is waiting for her children, who are in Russia, to pick her up. "When they are allowed to come, I will leave. Without them, I will not go anywhere," she told AFP, adding that she is not alone and that her neighbor is taking care of her. .

In his house, most of the windows are shattered by the blasts. And if her children do not come, she will stay because "it is (her) native country".

“We feel that this is Ukraine, our native Ukraine. Good or bad, it is ours,” she says.

Asked about the danger of her daily life, she replies: “maybe I will lie down today and not wake up tomorrow”.

About fifteen kilometers further, the situation is calmer even if the front is not far. Valentyna, 72, who lives in the small hamlet of Kalenyky has no electricity, but a well for water.

The village is intact, but the anxiety is the same: "I don't see a great future. We can only think about the future when all this is over".