When they are stressed, smokers often reach for a cigarette. 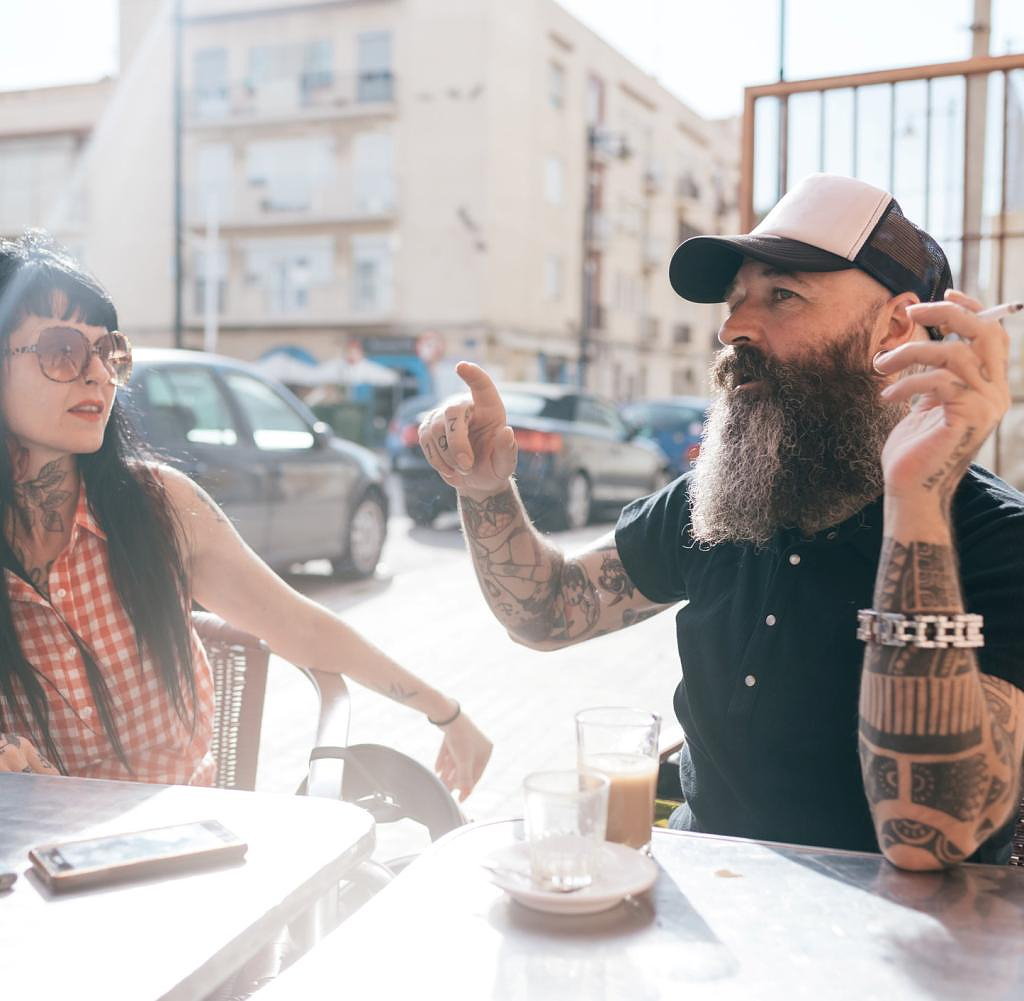 When they are stressed, smokers often reach for a cigarette. But how great is the stress in the midst of the corona pandemic, the Russian war of aggression in Ukraine, climate change or worries about the energy crisis and high inflation? Smokers in Germany are apparently smoking more again.

The past few months have had a negative impact on people's smoking behavior in Germany, according to a Forsa survey commissioned by the KKH Kaufmännische Krankenkasse in Hanover. One in four smokers smoked more frequently or had only recently started consuming tobacco - only one in ten smoked less or had stopped altogether.

For the representative study, around 1,000 people aged 16 to 69 were surveyed online in July 2020 and July 2022. With around 1.6 million insured persons, the KKH is one of the largest nationwide statutory health insurance companies.

In the summer of 2020, the results were “not quite as dramatic” as the health insurance company announced. At that time, 17 percent of the smokers surveyed stated that they had smoked more than before since the beginning of the Corona crisis - i.e. only about one in six. One in seven (14 percent) said they smoked less than usual since then.

According to the information, almost a quarter of the people in Germany currently smoke, 18 percent of them regularly. 32 percent of those surveyed justified this with stress reduction, 18 percent with boredom. Every seventh person believed that they could switch off from everyday life better thanks to smoking. But the most important reason: habit. 58 percent of the smokers surveyed said they did not want to do without the fags.

According to KKH insurance data, the number of people treated for addiction, withdrawal symptoms or psychological problems as a result of smoking increased by around 73 percent between 2011 and 2021. Striking: While this excessive tobacco consumption fell by 7.3 percent in the youngest up to 19 years of age, it increased by 170.9 percent in the group of 70 to 74 year olds. Between 2019 alone, i.e. shortly before the pandemic, and 2021, the average increase in all age groups was around 7 percent.

It is unclear whether and to what extent this is related to the pandemic, said KKH addiction expert Michael Falkenstein. "Since addictions develop over a longer period of time, they usually only show up statistically with a time lag." It is possible that many former smokers have relapsed in the past few months.

According to experts, this can certainly be explained by the consequences of the pandemic - loneliness and poorer access to treatment and advice centers during the lockdown may have had an impact, said Anil Batra, the deputy medical director at the University Clinic for Psychiatry and Psychotherapy in Tübingen and head of the Addiction Medicine Section addiction research. The smoking advice then started again by telephone and online, but that took time. This means that the development is “absolutely understandable”.

According to the health insurance company, there was an increase in diagnoses of around 31 percent within a decade - between 2019 and 2021 by 4.5 percent - in the case of alcohol abuse such as binge drinking, dependency and withdrawal symptoms. According to a KKH projection, around 1.4 million people nationwide are affected by medically diagnosed alcohol abuse - and there are even around 5.6 million people who use harmful tobacco. Batra explained that tobacco is easier to use, for example during breaks or to kill boredom.

According to the KKH, habit plays only a minor role when it comes to alcohol, unlike smoking. Almost half of those surveyed said they drank socially. 37 percent mentioned the taste, 13 percent switching off from everyday life. "Like tobacco, alcohol also has the property that you get used to it," warned Falkenstein. However, the pandemic now seems to be having a less negative impact on drinking behavior. According to the survey, 10 percent of those surveyed are currently drinking more alcohol than before the crisis, 14 percent less. In the survey in the first Corona year, it was the other way around.

Tobacco and alcohol consumption were among the two main risk factors for premature death, the health insurance company warned. According to earlier information from the Federal Statistical Office, around 75,500 people died in Germany in 2020 as a result of smoking. By far the most common cause of death was cancer. "Many people are not even aware of this danger or ignore it, especially when other problems are in the foreground, such as private conflicts or global crises," said Falkenstein. Especially in such times, intoxicants are a kind of coping mechanism for many people.

‹ ›
Keywords:
TexttospeechRauchenAlkoholsuchtCannabisNikotinRaucherApple PodcastTübingenGesundheitKonfliktKKHStatistische BundesamtKriseUkraineAbhängigkeitserkrankung
Your comment has been forwarded to the administrator for approval.×
Warning! Will constitute a criminal offense, illegal, threatening, offensive, insulting and swearing, derogatory, defamatory, vulgar, pornographic, indecent, personality rights, damaging or similar nature in the nature of all kinds of financial content, legal, criminal and administrative responsibility for the content of the sender member / members are belong.
Related News