The Bundesliga is seven match days old and the season is in full swing. 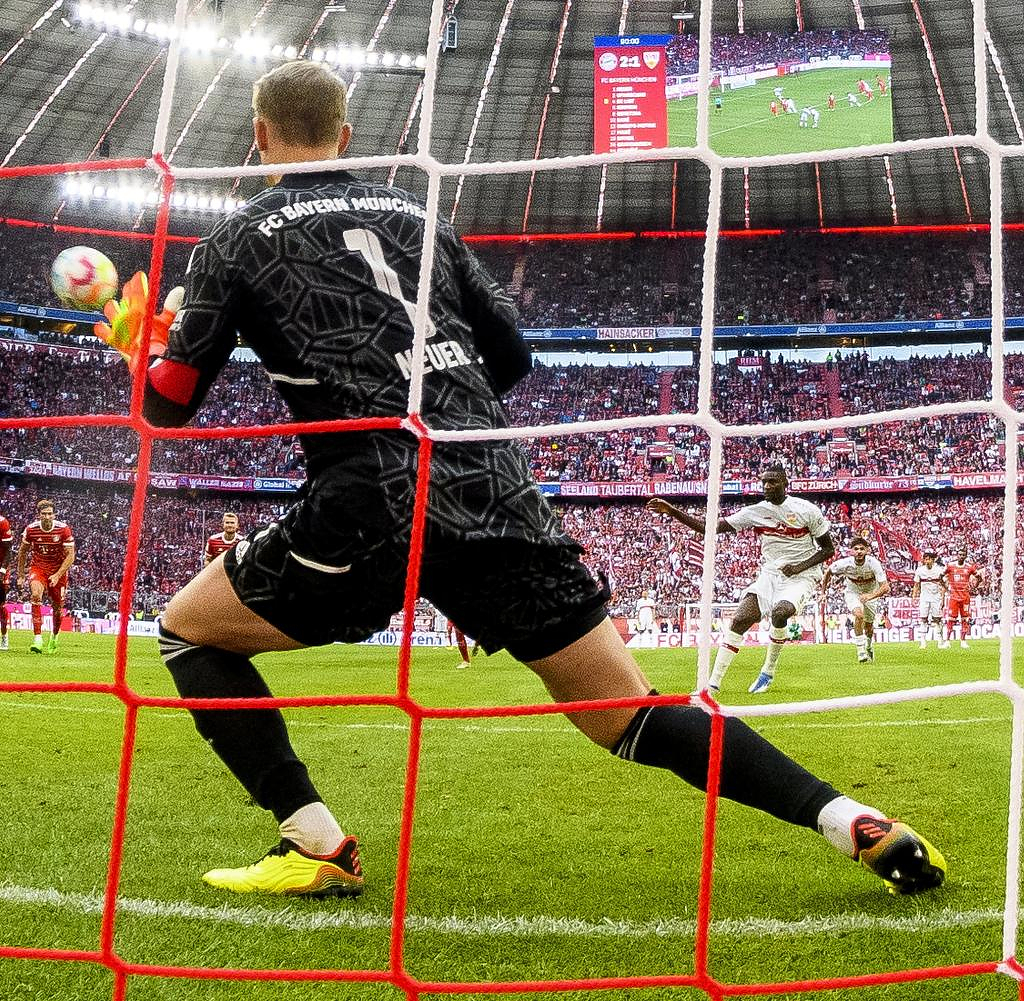 The Bundesliga is seven match days old and the season is in full swing. And yet a rule is now being changed. The DFB Schiri GmbH informed about this. The DFB published a press release with the headline: "Goalkeeper behavior at penalty kicks: No more tolerance!"

The referees should therefore punish “irregular behavior by goalkeepers with penalty kicks” more severely. "If a penalty kick is saved or saved by the goalkeeper, the referee must decide whether the goalkeeper has behaved legally. So far, there has been a certain tolerance range," said the DFB: "Although this was rarely used anyway - only twice in the 2021/2022 season with a total of 17 penalties saved - it should now be a thing of the past."

If the goalkeeper moves off the line too early and holds the ball, the penalty kick must be repeated, as the DFB explained. According to the rules, the goalkeeper must have 'at least part of one foot on, over or behind the goal line' (Rule 14). If it is a violation that can be documented visually and that the referee team does not recognize on the field, the video assistant must also intervene here.”

Plain text: The previous tolerance range that goalkeepers still had while taking the penalty is history. If the goalkeeper moves too early and saves the penalty, the penalty kick must be repeated or, in case of doubt, the Kölner Keller must intervene. No more tolerance - that means: In the future there will be more VAR decisions and probably more goals from penalties.

This interpretation of the rule is already common internationally. The only question is why that didn't happen before the season. The adjustment should give the referees a "clear line" and make the decision easier. The aim is to “avoid different interpretations due to discretionary powers”.

‹ ›
Keywords:
TexttospeechSchiedsrichterElfmeterDFB (Deutscher FußballBund)BundesligaFussballDFB Schiri GmbHFußball
Your comment has been forwarded to the administrator for approval.×
Warning! Will constitute a criminal offense, illegal, threatening, offensive, insulting and swearing, derogatory, defamatory, vulgar, pornographic, indecent, personality rights, damaging or similar nature in the nature of all kinds of financial content, legal, criminal and administrative responsibility for the content of the sender member / members are belong.
Related News