In the hands of a ruthless dictator for almost 600 days

When Andrzej Poczobut was arrested in March 2021, his wife and two children knew neither what he was accused of nor where he was being taken to. 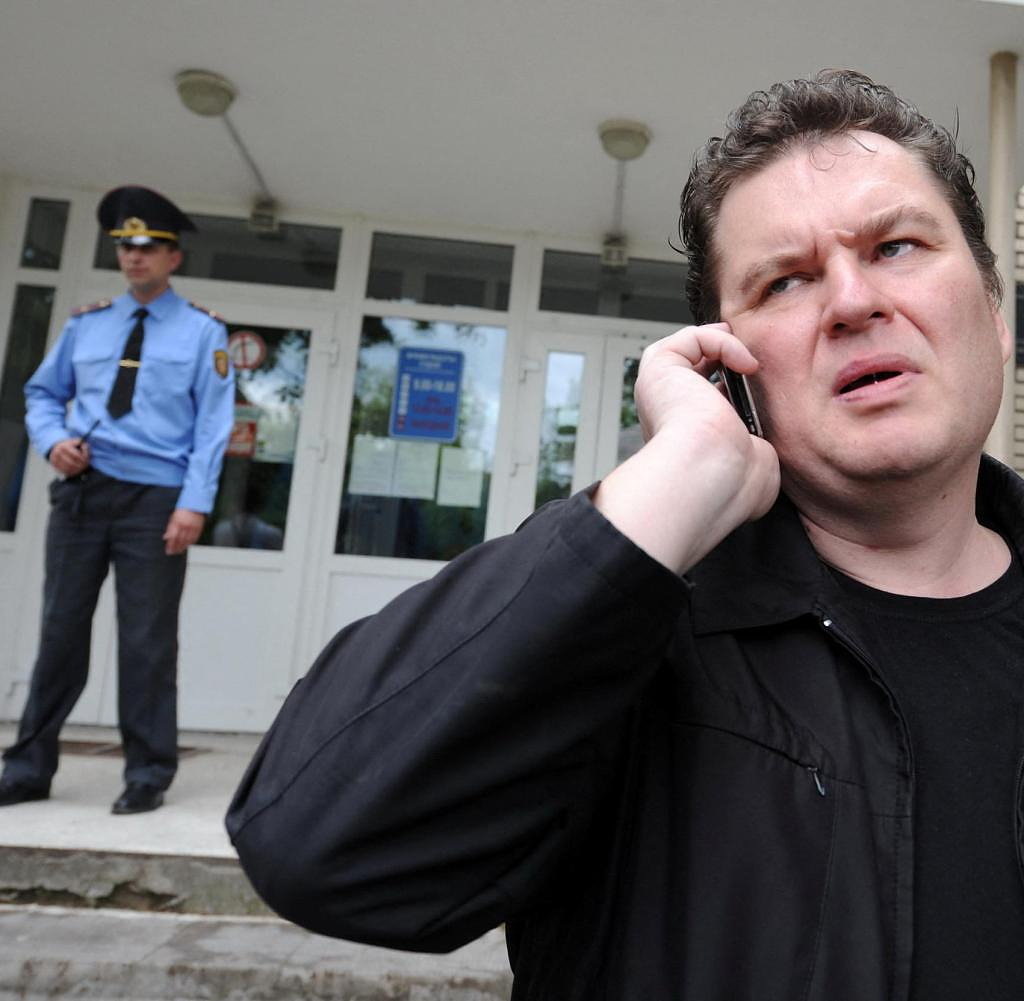 When Andrzej Poczobut was arrested in March 2021, his wife and two children knew neither what he was accused of nor where he was being taken to. To date, little is known about the condition of the imprisoned journalist - or about what is to happen with him.

When the masked henchmen of the Belarusian regime broke into the Poczobut family's apartment, his relatives still had hope that he could be released from prison a few weeks later. After all, this is not the first time Poczobut has been taken away by officials.

He was already in prison for several months in 2010 and 2011. The reason: he had previously called dictator Alexander Lukashenko “dictator” in his texts. But this time it should be different. Poczobut, Belarus correspondent for the Polish daily Gazeta Wyborcza, a WELT partner newspaper, is still in prison today. For almost 600 days.

First, Lukashenko's men took Poczobut from Grodno in the west of the country to the capital, Minsk. Then to Zhodzina prison. It is said that prisoners are treated particularly brutally there, especially the political ones. Former inmates report torture.

The 49-year-old Poczobut, who suffers from heart disease and has also been ill with Covid-19, is in poor health. This was confirmed again recently by the spokesman for the Polish Ministry of Foreign Affairs. He is denied adequate medical care.

The Polish government and his home office are demanding Poczobut's release. But it hasn't been of any use so far.

The reasons for Poczobut's detention are as constructed today as they were on March 25, 2021. Shortly after his arrest, the Belarusian prosecutor's office charged Poczobut with "inciting national and religious hatred". He only reported on the mass protests against dictator Alexander Lukashenko.

Because of his commitment to the Polish minority in Belarus, he was also in the crosshairs of the authorities. Poland is considered an important supporter of the Belarusian opposition. Lukashenko used this as an excuse to launch a wave of arrests against Poles in the country.

Now the authorities have put Poczobut on a "terror list". This is reported by the human rights organization Viasna. That list includes around 900 names of people targeted by the Lukashenko regime, including Lithuania-based opposition leader Svetlana Tikhanovskaya and Pavel Latushka, a member of the so-called Coordinating Council of Regime Opponents.

Poczobut is therefore now facing a mock trial. He faces decades of imprisonment or even the death penalty. His family and his editorial colleagues hope that he will still be extradited to the Polish authorities. However, as long as Lukashenko is supported by another dictator, Vladimir Putin, he is unlikely to see any incentive to reach out to the West, in this case Poland, and release Poczobut.

The EU must therefore increase the pressure on the regime in Minsk and impose further sanctions on Lukashenko and his terrorist state. The toughest imaginable sanctions that do not exclude any economic sector.

Because Lukashenko not only supports Putin's war of aggression against Ukraine, he also oppresses the people of Belarus and has them imprisoned en masse. European government officials should not remain silent on this.

They, and not just Polish politicians, must loudly demand Poczobut's release. He is a prisoner of a ruthless dictator. He and the other 1,390 political prisoners must be released. Europe must not let them down.

‹ ›
Keywords:
EuropaTexttospeechAlexanderKrimiPolenPolitikBelarusMinskGazeta WyborczaLukaschenkoAlexander LukaschenkoKritischer JournalismusAndrzej Poczobut
Your comment has been forwarded to the administrator for approval.×
Warning! Will constitute a criminal offense, illegal, threatening, offensive, insulting and swearing, derogatory, defamatory, vulgar, pornographic, indecent, personality rights, damaging or similar nature in the nature of all kinds of financial content, legal, criminal and administrative responsibility for the content of the sender member / members are belong.
Related News