In the first two weeks OPE, passenger traffic at Almeria has increased by 9%

In the first two weeks, the passenger traffic in Almeria has increased by 9% in comparison to the Operation Crossing the Strait (OPE), which was the last one before the outbreak. 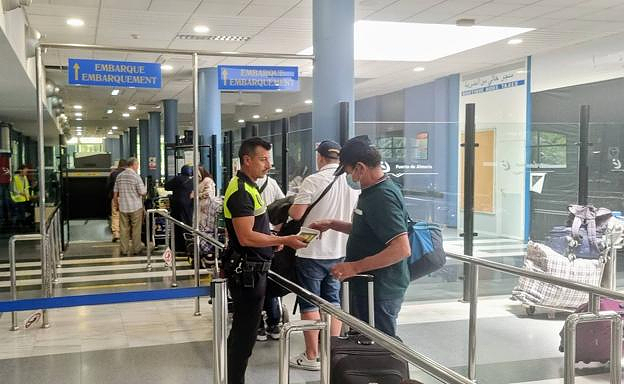 In the first two weeks, the passenger traffic in Almeria has increased by 9% in comparison to the Operation Crossing the Strait (OPE), which was the last one before the outbreak.

Passenger vehicles have seen 6,917 passengers embark and disembark during that time, which is 7.7% more than the 6,440 recorded in the same period in 2019.

Nearly 13,700 people have traveled between Almeria (47.1%) and Melilla by way of their ports of origin or destination. Nearly 11,000 people have been transported by ferries between Almeria's capital and Nador, Morocco (37.7%). The ferry that connects with the Algerian ports Oran and Ghazouet has carried 4,385 passengers (5%).

Jesus Caicedo is the president of the Apa. He believes that Operation Crossing the Strait 2022, if the summer increase continues, will surpass 600,000. This figure is higher than the 2019 number, which saw a movement of 582,000.

This traffic has made Almeria the second Spanish port in the OPE, after Algeciras.

Caicedo also wanted "to ensure that the passage and stay for the hundreds of thousands who will be spending this summer through the port are comfortable, safe, and as brief as possible."

This objective has been met by the APA, which has allocated more than half a billion euros to expenses for reinforcement of personnel and for cleaning services reinforcement and investments in maintenance, conservation, and improvement of infrastructures.

The APA employs almost 80 people for the summer. More than 50 are APA staff members, and 22 more have been hired to support the OPE services, such as the operators of mechanical means, surveillance and information, and other auxiliary services.

The APA made investments to improve and expand services and facilities. These include 25 cameras in international areas, plug columns at the maritime station for charging mobile phones, free Wi Fi, air conditioning systems, information system preboarding, expansion of boarding platform on ramps 2, 3 and new benches in the waiting area.

It has also allocated almost 50,000 euros to rent 15 tents that can be removed in order to increase the shaded areas of the passenger waiting areas and one tent for emergency services. These tents will shade 6,800 square metres of waiting passengers' waiting areas.

Almeria's port has nearly 2,100 parking spaces. Almost 900 of these are in the preboarding area. Another 337 are in Ribera-Poniente Quay. 185 are in Levante Quay. These areas are considered emergency pre-boarding zones. If traffic exceeds forecasts, the APA maintains an emergency area covering 17,800 square metres in the Pechina Pier area and another 6,000 in Levante.

‹ ›
Keywords:
TraficoPasajerosPuertoAlmeriaCrecePrimerasSemanas
Your comment has been forwarded to the administrator for approval.×
Warning! Will constitute a criminal offense, illegal, threatening, offensive, insulting and swearing, derogatory, defamatory, vulgar, pornographic, indecent, personality rights, damaging or similar nature in the nature of all kinds of financial content, legal, criminal and administrative responsibility for the content of the sender member / members are belong.
Related News