In the face of "the many complaints", they request reinforcement of personnel at the Civil Registry of El Ejido

The judicial district of El Ejido has an "optimal" situation in relation to the "needs” of the Roquetas de Mar. 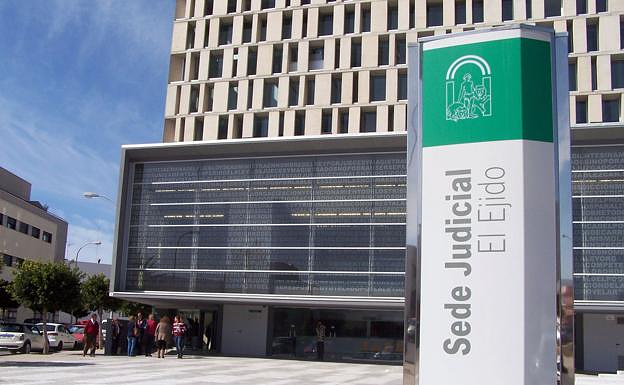 The judicial district of El Ejido has an "optimal" situation in relation to the "needs” of the Roquetas de Mar. However, the entry of cases is "higher than desired" and the Civil Registry requires a reinforcement of personnel. "There are many complaints about the dispute that exists in the files" as well as frequent calls to the Office of the Ombudsman.

This is evident in the El Ejido report, which was made public by Carmen Juarez, the dean of the Provincial Court and Luis Columna, the president of Provincial Court. They have again stressed that the problems found make it "absolutely necessary" that El Ejido's judicial district is of the Second category, and therefore is served by magistrates. According to data on the supported workload, "we will have 600 civil and 750 criminal cases by 2022," exceeding the modules set by the CGPJ.

"It is urgently needed to amend the RPT of NOJ to provide each UPAD one more official instead of the criterion intended to be implemented, which would make defining their functions in practice difficult. They have been transferred to each of them.

Concerning material means, they pointed out that each UPAD must be provided with the means to access the network to conduct internments via video calls. The webex system is not being used in conjunction with hospitals and residences.

"In addition, every UPAD must keep an additional computer in their office to make the victims declarations and investigate of a reserved nature. It should not be in the office with movement of people who enter or leave, as they shouldn't have knowledge of what is designated in matters special reserve and/or complex.

They have stated that two additional officials are needed in the Civil Registry. They suggested that the RPT be provided with four additional staff officers, citing the innumerable complaints regarding the delay in nationality examinations (currently pending 1,555), and the rise in birth and death records that are being found by the Judicial Party at the Hospital del Poniente.

The report states that there are about 1,200 files pending to oath nationality, and the remaining files are pending at 397.

"The Civil Registry processes all issues that are related to personal spheres. Every person must register their birth, marriage and death, and also obtain certifications of previous registrations. The professionals can also assist in the request for certifications to exercise civil actions for its clients.

Because this is an important aspect of life, citizens expect a speedy resolution to these problems. This is something that we are unable to do in many cases.

In relation to the personal daily care that is currently carried out by the appointment-by-appointment electronic headquarters, they have stated that it is 60 numbers, to which must be added the birth registrations previously notified by the Hospital and the registration-burial licenses , including that the interviews and oaths are held at the same time as the summons to go to the Civil Registry is made ex officio.

‹ ›
Keywords:
PidenRefuerzoPersonalRegistroCivilEjidoAnteNumerosasQuejas
Your comment has been forwarded to the administrator for approval.×
Warning! Will constitute a criminal offense, illegal, threatening, offensive, insulting and swearing, derogatory, defamatory, vulgar, pornographic, indecent, personality rights, damaging or similar nature in the nature of all kinds of financial content, legal, criminal and administrative responsibility for the content of the sender member / members are belong.
Related News