"In the end, Lützerath must be empty"

North Rhine-Westphalia's Interior Minister Herbert Reul (CDU) is planning a large-scale operation to clear Lützerath at the Garzweiler opencast mine, which is occupied by climate activists. 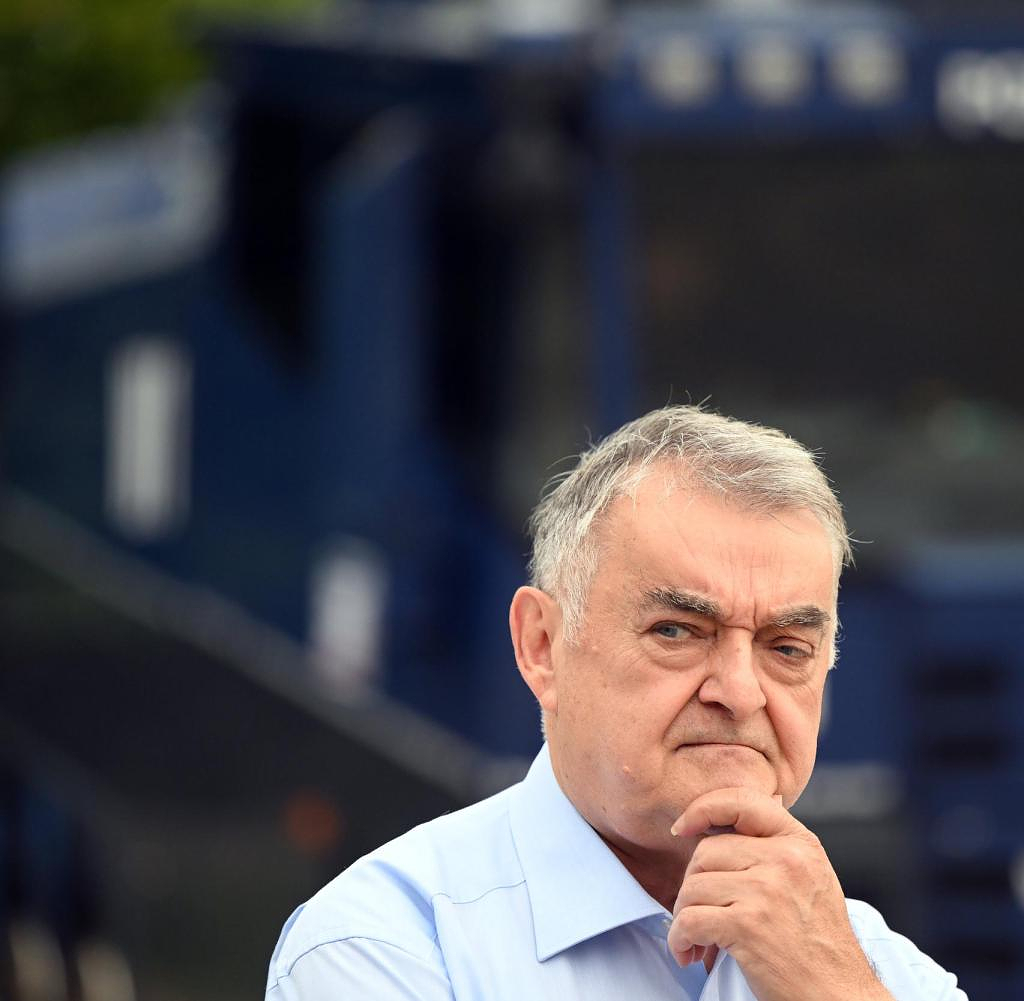 North Rhine-Westphalia's Interior Minister Herbert Reul (CDU) is planning a large-scale operation to clear Lützerath at the Garzweiler opencast mine, which is occupied by climate activists. The police there "can't proceed in slices with individual operations," said Reul on Thursday in the Düsseldorf state parliament. That doesn't solve the problem.

"In the end, Lützerath has to be empty and that is only possible with an overall operation in which firstly the barricades are removed, secondly the people are moved, thirdly all the houses are demolished and the trees are cleared - i.e. the occupation infrastructure is eliminated," announced the interior minister. "Otherwise we'll be occupied again immediately and we'll start all over again."

Reul said: “It will all take a while, nobody is rushing to answer it. It has to be done thoroughly.” People's lives are not put at risk.

Aachen's chief of police recently ruled out an operation this year. In the houses of Lützerath, whose former residents have moved away, there are activists who want to "fight" for the place. At the beginning of October, the Green-led economics ministries in the federal government and North Rhine-Westphalia agreed with the energy company RWE to phase out coal in the Rhenish Revier by 2030. Five largely abandoned villages at the open-pit mine remain, but Lützerath is to be dredged for coal extraction.

‹ ›
Keywords:
RWEBraunkohleNordrheinWestfalenBraunkohletagebauRheinische BraunkohlenwerkeAufstand Der Letzten Generation (Aktivisten)ReulHerbertTexttospeechLützerathHerbert ReulDüsseldorfer LandtagCDUGarzweilerAachenNRWPolizeiTagebauWirtschaftsministerienTerrorismus
Your comment has been forwarded to the administrator for approval.×
Warning! Will constitute a criminal offense, illegal, threatening, offensive, insulting and swearing, derogatory, defamatory, vulgar, pornographic, indecent, personality rights, damaging or similar nature in the nature of all kinds of financial content, legal, criminal and administrative responsibility for the content of the sender member / members are belong.
Related News