In the Comoros, unexpected rice after months of shortage

Like the rest of the world, the Comoros, nearly 890,000 inhabitants between Madagascar and the east coast of the African continent, have suffered a surge in the price of cereals and disruptions in the supply of foodstuffs. 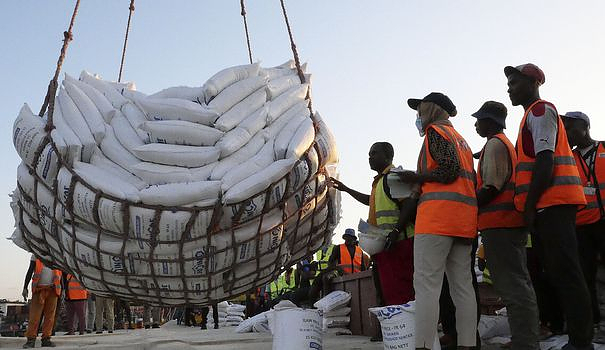 Like the rest of the world, the Comoros, nearly 890,000 inhabitants between Madagascar and the east coast of the African continent, have suffered a surge in the price of cereals and disruptions in the supply of foodstuffs. But in a few months, the rice crisis has reached a climax here and caused clashes in the small poor nation, which imports most of its consumption from India and Pakistan.

"We can officially declare the end of the rice shortage with this cargo of 800 tonnes and that of 12,000 tonnes expected on Tuesday," said Ben Abdallah Youssouf on Monday evening, in front of the cargo ship moored in the port of Moroni.

Dressed in a fluorescent vest, he works for the National Rice Import and Marketing Office (ONICOR). In the Comoros, the State has a monopoly on the trade of so-called "ordinary" rice, the most affordable and the most consumed.

The shortage of "white gold", as the cereal is nicknamed here, was first cruelly felt on the island of Anjouan, the most densely populated of the archipelago and the closest to Mayotte.

Rations have been put in place, with a 25-kilogram bag sometimes having to suffice for six families. As the weeks passed, the lines grew longer in front of the distribution points. The wait often lasts for hours. Some put a brick to mark their place while they attend to other occupations.

At the beginning of September, a small shipment had arrived by ship. After already several months of lack, the reserves were dry in most houses.

About 800 tonnes are then unloaded under the supervision of heavily armed police forces. Largely insufficient, the country consumes 5,000 to 7,000 tons of rice per month, according to the government.

On the road, a convoy carrying bags is attacked. Nine people are arrested, the police presence is reinforced. The government promises the delivery of emergency stocks to calm the spirits. But these promises are being pushed back day by day.

Some distributions end up being organized in gendarmerie posts. In Ouani (north), the gendarmes used tear gas last month to disperse a heated crowd.

A kilo of rice, which usually costs less than one euro, has seen its price more than quadruple. Families are trying to find alternatives, but pasta and other tubers are also on the rise due to demand.

A quarter of Comorians live below the poverty line, according to the World Bank.

All of this is "soon to be just a bad memory", says Ben Abdallah Youssouf, continuing to monitor the delivery to Moroni. But some remain skeptical: "They say there's enough rice for everyone, but I don't believe it anymore," said Bin Laden, among the crowd, who swear he won't leave empty-handed.

Barely unloaded, the bags are placed in the traders' trucks. In front of the store of Kirti Khodidas, in the old town of the capital, soldiers are present in case of overflow. The shopkeeper hopes to sell 800 bags at once.

In the night, the delivery truck finally arrives. Mma Ibou, in her forties and dressed in a traditional loincloth, runs off with a bag of rice on her head, her scarred face suddenly lit up with a smile.