In the abandoned Struthof quarry, excavations shed light on the forced labor of the concentration camp

"This part of Struthof had been a little neglected, while the quarry preceded the construction of the camp", notes Juliette Brangé, head of the excavation site, while browsing the vast artificial terrace on the mountainside. 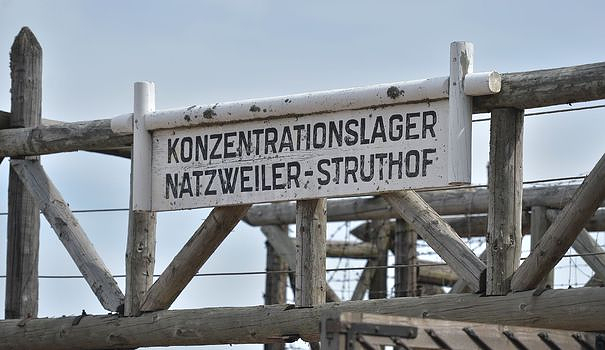 "This part of Struthof had been a little neglected, while the quarry preceded the construction of the camp", notes Juliette Brangé, head of the excavation site, while browsing the vast artificial terrace on the mountainside. There remain only nine buildings or what remains of their foundations, out of the twenty built under the rule of the Nazis.

To represent the place as it was at the time, surrounded by watchtowers, "we have less than ten archival photographs, it's not much", regrets the young archaeologist.

From May 1941, on this promontory located 800 meters above sea level, thousands of prisoners followed one another to extract the stone, originally intended for the great constructions of the Reich. The former also had to build the Natzweiler-Struthof concentration camp themselves, located 500 meters further north, and the roads leading to it.

During the war, 17,000 deportees from all over Europe passed through the Struthof built in annexed Alsace, 52,000 counting the nebula of satellite camps on either side of the Rhine. They were mainly resistance fighters and political prisoners, but also Jewish or gypsy deportees, homosexuals and Jehovah's Witnesses. 22,000 will die there.

The excavations should make it possible to better understand the nature of forced labor which had "not been studied at all", according to Ms. Brangé.

In 1943, at the turn of the conflict, "the quarry is transformed into an industrial space", she explains. German Junkers aircraft engines are dismantled there in halls, the spare parts being reintroduced into the industry to support the Nazi war machine.

Files, metal tools as well as a forge to dismantle engine parts... The first objects discovered by the excavations testify to this, confirming that it was not only a question of extracting granite. "We can talk about skilled labor", observes the archaeologist.

"There, it's really the first element that is interesting", smiles suddenly, moved, Clément Schermann, trowel in one hand, while showing with the other an aluminum triangle of barely 5 centimeters, discovered a few moments before. at the foot of a building that a layer of humus had partially swallowed up.

"In the center, you have the little man who symbolizes the Junkers firm, arms outstretched", representing a propeller, continues the undergraduate archeology student at the University of Strasbourg to describe his find, a plaque probably hung on a airplane engine.

The quarry was managed by the DEST, the German company for earthworks and quarrying, a company belonging to the SS, the camp charging it for this free labour. The DEST registers reveal that more than 1,000 people took turns every day at the quarry.

"The deportees worked 60 hours a week, from 6.30 a.m. in the winter, and were only fed 1,500 calories a day when it takes three times as many for a hard worker", adds Guillaume d'Andlau, director of the European Center of the Deported Resistance-Struthof (CERD), the memorial of the former concentration camp which welcomes 200,000 visitors each year.

31 nationalities passed through the Struthof, but according to Michaël Landolt, archaeologist for the regional direction of cultural affairs (DRAC) Grand Est, which finances the site, "most of the forced laborers were Poles or Soviets".

"There were few French people, to prevent them from communicating with certain civilians from the Bruche valley who came to work at the quarry, probably for heavy work", he explains again, near to a slab that has just revealed vintage electrical connections, with bare wires.

At his side, a dozen volunteer students are taking part in the excavations which are to be repeated every August until 2024. Descendants of deportees have also taken part in the important preliminary clearing work, such as Alain Salomon, administrator of the friendly Natzweiler-Struthof, history and memory, whose father Robert passed through Struthof.

A few months before his disappearance in 2015, the former resistant had described in a vibrant speech "a high place of terror, tears, pain, exhausting work in all weathers". "Faced with the unbearable negationism, it is important to bring this reality to the surface", comments today his son about this place where nature had taken over its rights.

"We did not have the means to highlight it", concedes André Woock, 62, mayor of the small rural town of Natzwiller located below, who recovered the property from the quarry after the war. "And then for the elders here, this story was still complicated," adds the chosen one.