In Texas, a shooting instructor defends guns as a symbol of female emancipation

"I started by receiving a lot of calls from women who had divorced or who had become widows," the 60-year-old told AFP. 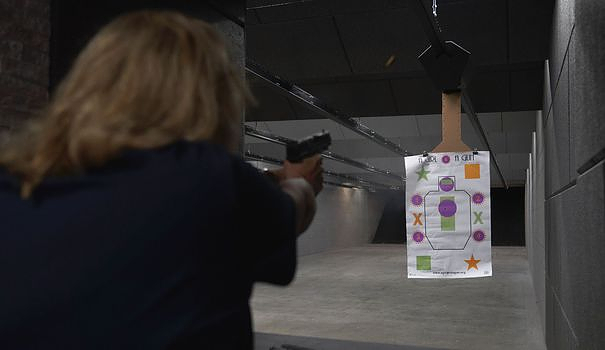 "I started by receiving a lot of calls from women who had divorced or who had become widows," the 60-year-old told AFP.

Gun laws are one of the most controversial topics in the United States, especially in the run-up to the midterm elections on November 8.

Some believe that easier access to firearms is fueling the number of homicides and suicides in the United States, up with more than 37,000 deaths since the beginning of the year, according to the organization Gun Violence Archive.

Others, like Cindy Scott, see guns as "a tool of self-defense."

In Texas, one of the 23 states which authorize the carrying of weapons without restriction, this right, based on the second amendment of the Constitution, is anchored in mores: "The second amendment is for everyone", underlines- she.

"The majority of people in favor (of better controlled access to firearms) have money and bodyguards," she says. "They live in protected areas. They can't understand what an ordinary citizen feels."

"If you want to deny firearms to law-abiding citizens, you're taking away their ability to defend themselves," adds Cindy Scott.

Opinion polls reveal that a clear majority of Americans, and not just the very wealthy, want stricter gun controls, although only a quarter of them are calling for a total ban.

Cindy Scott became interested in firearms about ten years ago, when she spent a lot of time alone or with her son at home.

Other parents of students gave her initial advice, then she sought to take classes, but had difficulty finding an instructor. It was this lack that led her, years later, to give lessons herself.

Many of her students contact her after a separation.

"It's a realization that arises when a woman finds herself alone: ​​I no longer have a husband. car is stolen", explains the instructor.

"It's always a matter of safety. They've never had to live alone before."