In Syria, the ordeal of the wives and widows of detainees

Aged 40, this mother of three children was forced to take refuge in Lebanon in 2016. 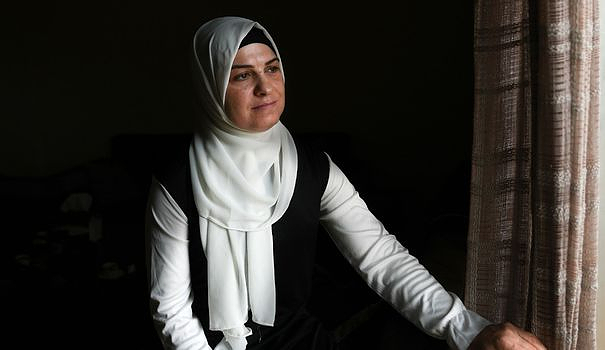 Aged 40, this mother of three children was forced to take refuge in Lebanon in 2016.

"Once you are a woman, everything becomes almost impossible," she laments, expressing a sentiment shared by other wives and widows of detainees in Syria interviewed by AFP.

"If it was me who had been detained, my children would not have suffered so much. We lost everything," she says.

Since the start of the conflict in Syria in 2011, half a million people, mostly men, have been detained in the regime's prisons, according to the Syrian Observatory for Human Rights (OSDH).

Tens of thousands of prisoners died there after being tortured or because of the appalling conditions of detention, according to the Observatory.

The wives and widows of detainees and disappeared are going through an ordeal in the face of a society and laws that favor men, Ghazwan Kronfol, a Syrian lawyer living in Istanbul, told AFP.

Without knowing the fate of the husband, without an official death certificate, they cannot claim the inheritance of their husband, he underlines.

Nor do they have access to his assets if his assets have been seized by the State.

Worse still, the custody of the children is not always guaranteed to them, the judges often granting it to a close male relative, explains the lawyer. Not to mention "the sexual harassment" they may suffer from the security forces.

Under the 2012 anti-terrorism law, the judiciary can seize the assets of those detained on "terrorism", a charge usually aimed at civilians suspected of links to the opposition.

According to a report published in April by the Association of Detainees and Disappeared in Sednaya Prison, the regime has confiscated property from detainees worth more than 1.5 billion euros.

Ramia's husband, a civil servant in Damascus, was arrested in 2013. Months later, she received proof of his death from the authorities.

Needing money, she then seeks to sell the family's house and farm but discovers that they have been seized by the authorities.

She has since been trying to obtain the restitution of the goods: "I want to sell them for my children" who had to leave school and start working.

But "women are easy prey," says Ramia, who recounts having suffered "a lot of humiliation" from the security services and the administrations.

She particularly deplores the fact that once the husband is gone, the women "no longer have any support, that they are alone in their fight".

Ramia ends up fleeing in 2016 to Lebanon with administrative documents attesting to the death of her husband, hoping one day to win his case.

Salma, 43 and mother of four, also fled to Lebanon after her husband was arrested.

The only time she asked to know the fate of her husband in 2015, the security forces imprisoned her and threatened her: "I lived through hell (...) Afterwards, I no longer asked for his news", admits Salma, speaking under a pseudonym for security reasons.

She wanted to sell her house and her car so she could flee to Lebanon but discovered that the authorities had confiscated them.

She then refuses to sell off her house to a neighbor who wanted to take advantage of the situation. "I had already sold my jewelry to buy it," she says.

"The war has made women strong. They learn to say no," said a lawyer in Damascus on condition of anonymity.

Touqa, a 45-year-old prisoner's wife, who raised her five children alone, has experienced this too.

Before her husband was reported missing, she says she was confined to housework, and did not go out.

Afterwards, "I had to go in search of my husband, find money to feed my children and take care of my son" who, during a brief arrest at the age of 15 by the forces of the regime, was tortured.

Touqa then decided to go to Lebanon with his family. “Even if I go back to Syria, I would have no rights” as a woman, a refugee and a prisoner's wife, she said bitterly.

But in Lebanon, she suffered from sexual harassment. "At first, I blamed myself because what we learned was that it's always the woman's fault," she says.

"I lost a lot but I became a strong woman, able to protect my children, I work and I learn".