In Syria, the loneliness of the guardian of the Al-Marqab citadel

"Days and weeks go by without me selling a single ticket (. 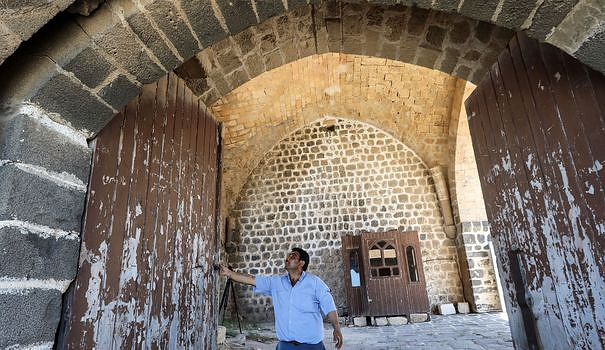 "Days and weeks go by without me selling a single ticket (...) It's been like that since the outbreak of the war" in 2011, laments Younes Dayoub, the guardian of this medieval citadel, located in the region of Tartous (north-west).

In a wooden hut, this 49-year-old man explains to AFP that he sometimes sells tickets to tourists but they are very rare.

Now he spends his time sipping tea and gazing at the coast, recalling the pre-war days when the edifice, constructed of black volcanic rock, was full of visitors from Syria and the stranger.

Located five kilometers from the city of Banias on a small mountain surrounded by a huge moat, the fortress was erected in 1062. It was notably under the control of the Byzantine Empire, the Order of Hospitallers and the Mamluks .

Known in particular for its imposing keep, the citadel includes a museum and the remains of a church.

To kill boredom, Mr. Dayoub wanders between his walls.

"Years of war, the Covid-19 pandemic, fuel shortages (...) All of this has had an impact on tourism," he explains.

The conflict in Syria, which has killed around 500,000 people and devastated the country, has dealt a severe blow to tourism, previously one of the main sectors of the economy.

The citadel of Al-Marqab, almost a thousand years old, was relatively spared from the conflict since it was only hit by a few shells and bullets in 2011.

"I feel lonely here, and I have no friends apart from these high silent walls", regrets Mr. Dayoub as he closes the door of the castle behind him at the end of his day.

"When the activity returns to normal, I promised myself to let visitors in (...) at my expense for a week (...) I hope that day will come soon".