In St. Louis, a man pleads guilty to the murder of a Catholic priest

An ex-priest accused of sexually assaulting 2 women in a suburban St. Louis Catholic Supply Store, and then murdering a third victim when she refused to comply with his sexual demands, pleaded guilty to first-degree murder and other related charges Friday. 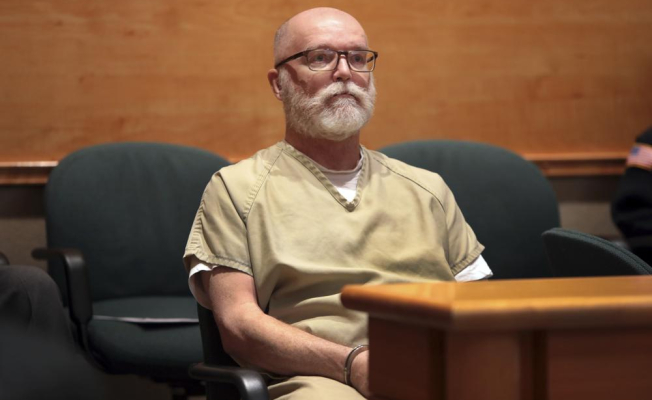 Thomas Bruce's plea was made days before the start of jury selection for the trial in Ballwin, Missouri on Nov. 1, 2018.

He was sentenced to a mandatory life sentence without parole. He also received 11 life sentences and four 15 year prison terms.

Bruce was seen practicing reading from a piece he held in his hand at Friday's hearing. KSDK-TV reported that Bruce said nothing after the victims had read their impact statements. He then began to weep.

Bruce, now 56 years old, was on the run for 2 days before being arrested. This prompted some schools, churches, and businesses to close.

According to police, Bruce forced the women to come into the back room with his handgun and told them to get naked. He also ordered them to perform "deviant sexual acts" on him. Detectives filed a criminal complaint.

Jamie Schmidt, 53, of House Springs, refused to comply with the orders and he shot her head in the head. He told the other women to perform the same sexual acts on him and then fled, apparently able blend in on a busy street at night.

Friday victim impact statements were read by the two women who were assaulted in the shop. They described their experiences that day as well as the years that followed.

Schmidt's husband, and her family members, also expressed the grief that their loss has caused.

"In a manner, my children lost two parents that day. Schmidt's husband stated that he has never been the same since.

Wesley Bell, St. Louis County Prosecuting attorney, praised the women for facing Bruce and reading their statements after the hearing.

Bell stated, "The courage they showed, and the strength, I don’t know if it would have been possible to do that under these circumstances." It's a blessing they're still here, Bell said.

Bob McCulloch, the prosecutor at the scene of the crime, stated that he didn't believe the store was targeted due to its religious affiliation, but rather because Bruce "saw an opening -- just three women in the shop."

Jon Belmar, the St. Louis County police chief at that time, stated that the crime "shocked all senses."

According to the Missouri secretary of state's, Bruce was identified as the operator of a non-profit church that was founded in 2003 and disbanded in 2007. Calvary Chapel pastor David Fitzgerald in Maryland Heights said that Bruce was a pastor at Calvary Chapel Cape Girardeau in southeast Missouri during that time.

According to Bruce's LinkedIn page, he was also a Navy veteran.

Schmidt, a House Springs mother of three, worked as a secretary assistant at a community college. Friends say she was an active member of St. Anthony of Padua Catholic Church, High Ridge. They also believe that she might have stopped by the store to purchase supplies to make rosaries to parishioners.

The plea agreement saw Jefferson County prosecutors drop separate charges of sexual abuse, kidnapping and harassment related to an attack on a then-77 year-old woman a few weeks prior to the Catholic Supply attack.

The attack took place at the woman's home in Hillsboro, Missouri, not far from Bruce's Imperial home. After the attack on the Catholic store, she recognized Bruce and was charged in January 2019.

Trisha Stefanski, Jefferson County Prosecutor, stated in a Friday news release that the victim had agreed to drop the charges and was ready to move forward from the attack. Stefanski stated that her office and the victim reached an agreement that a mandatory sentence of life without parole was the best solution.