According to the council, the Fortaleza de la Mota's western wall, also known by Puerta Nueva has been completed. 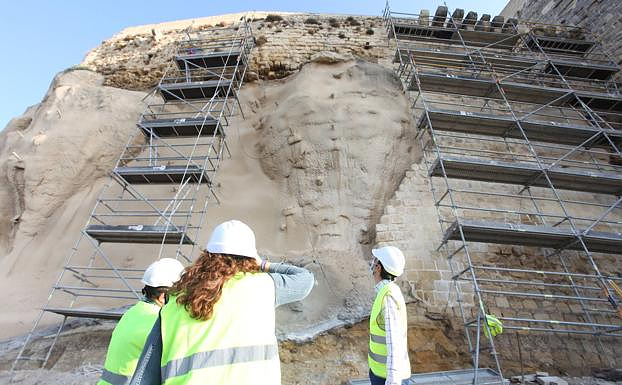 According to the council, the Fortaleza de la Mota's western wall, also known by Puerta Nueva has been completed. The Ministry of Public Works funded the intervention under the 1.5% Cultural Program. It has an investment of EUR1,590 6877.59 and a 12-month execution by the S.C.A Santo Domingo de Silos.

Aguilera stated that "very rigorous fieldwork was done so that this project was approved." We faced a problem with a tower at its base, which was unknowable. However, we were able to save it by arranging meetings and even visiting the wall in Fortaleza de La Mota with Noelia Martinez, the head of Cultural Assets, and his team. I am grateful for their participation in this project, as well as the editors.

This restoration will reintegrate parts of the wall that have been lost and improve the state of the wall, which is largely ruined, but still has traces. The section that runs from Puerta nueva or San Bartolome to the Torre de la Carcel is the focus of the proposed intervention. The total length of the section is 110 meters, including 13 canvases, three towers and a door.

‹ ›
Keywords:
ObrasMurallaOesteFortalezaMotaMarcha
Your comment has been forwarded to the administrator for approval.×
Warning! Will constitute a criminal offense, illegal, threatening, offensive, insulting and swearing, derogatory, defamatory, vulgar, pornographic, indecent, personality rights, damaging or similar nature in the nature of all kinds of financial content, legal, criminal and administrative responsibility for the content of the sender member / members are belong.
Related News