The town hall wants to find solutions, with "concern for the environment" in mind, said the elected official to AFP, specifying that these ferrets will be deployed in November and December. 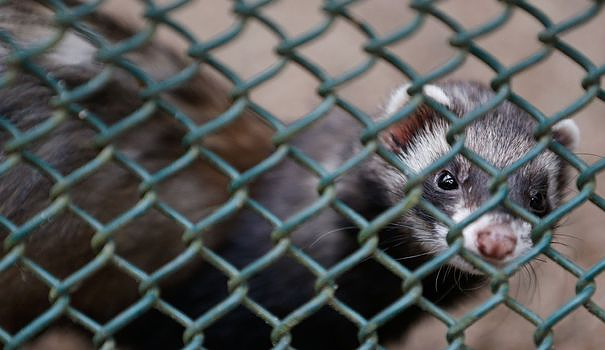 The town hall wants to find solutions, with "concern for the environment" in mind, said the elected official to AFP, specifying that these ferrets will be deployed in November and December.

"The trend is for less chemicals", pleaded the municipal councilor, explaining that the rat hunters will intervene on "about fifteen sites on which we encounter recurring problems", in particular in parks and gardens and on the outskirts of schools and nurseries.

In a city of more than 870,000 inhabitants, the town hall estimates that the rat population is at least equal to the human population.

Ferrets are "natural predators of rats", according to Alexandre Raynal, the breeder whose animals will be used in Marseille: the only training necessary is to "get them used to coming back, otherwise they would stay in the galleries" where they are. sent to scare rats and "where they feel good".

As already done in Toulouse, Limoges or even in the Paris region, in Vitry-sur-Seine and Alfortville, as well as in prisons, Alexandre Raynal, who manages a breeding of 25 ferrets with his father, will set up traps at the exits of the galleries rodents, after having introduced its "hunters".

"The rats flee and I catch them" at the exit, he explained to AFP. The animals are then gathered in opaque containers, "to reduce stress", then euthanized with gas.

By taking turns in teams of two or three, ferrets, which need to sleep up to 18 hours a day, can catch "at least" a hundred rats in a week, according to Mr. Raynal. It is mainly female ferrets that are used, due to their small size.

Using ferrets is "a good alternative to rat poison", both to reduce the pain experienced by animals and for the environment, says Mr. Raynal, convinced that his method "works much better" than chemicals.

In Toulouse, he estimates that 95% of the population of rats targeted in a sector had disappeared four months after his intervention, where two of his ferrets had made it possible to catch 63 rodents.

He was also asked to intervene in Vincennes and Montreuil (Ile-de-France).