In many municipalities, the rise in prices could threaten the beginning of the beach season. 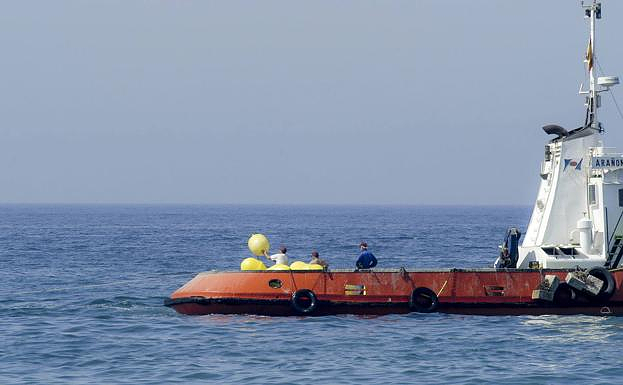 Roquetas De Mar's case is most extreme. It doesn't have the beacons or the navigation channels on its beaches.

The case of Roquetera, which was reported yesterday, shows that the company that was awarded the service won't actually carry out the promised work. Gabriel Amat, chair of the City Council, is working against time to close an emergency contract. This contract will need to be approved by Plenary this Friday. Missing services will be operational in the next days.

There have been problems in Almeria capital in recent weeks with certain services, as Carlos Sanchez, the councilor responsible for the beaches, acknowledged to IDEAL. He stated that "it is a common problem across all municipalities with beaches," as "many contests have been abandoned due to rising prices."

The beaconing of the capital's beaches is being done now and was awarded last Wednesday. However, its manager acknowledged that it is unusual for it to close so soon. He acknowledged that the normal thing would have been to be awarded over a month ago but that there weren't any companies available. Although there have been some incidents in the shadow zones and rescue towers, they are operational.

Sanchez stated that the problem is the rising prices. In the case of the capital these contracts are prepared in September. The budget items for the fall are based on the prices that were not available in the market this year due to high inflation. Companies either cannot afford the costs of tendering or give up on winning tenders. This creates a problem for municipalities who must search for alternative solutions quickly and within the deadlines set by the procedure regulations.

Carlos Sanchez explained that the changes are affecting all tenders and not just beaches. He gave an example of a service where the same company could offer three different prices for the same week because of cost variations.

IDEAL consulted several coastal councils and found that there are significant problems with the tenders. There are deserted tenders or contracts which need to be reviewed due to the increase in prices for projects that were designed months ago, whose calculations have been obsolete. In the case of beaches, however, most other municipalities have denied any incidents and claimed that their beach equipment was ready by mid-June. Roquetas De Mar and Almeria are two examples of the majority. However, many municipalities maintain some of these resources which have saved them a lot of trouble.

Garrucha is an example of this. Garrucha has lifeguards, waste collection and the deployment of footbridges are all covered by their own resources. "Maybe that is why we don't have problems," stated Rocio Galindo (the Councilor for Beaches), who acknowledged problems with tenders in other areas. The services were not deployed in this municipality as planned, but they were installed in the second half June. This was because it was necessary for repairs to the Levante storm, which ravaged this area a few months back.

They also managed to escape the problems in Vera. Pedro Salas, the Councilor for Beaches explained to the IDEAL newspaper, that all services were operational by mid-June. He also confirmed that tenders for other municipalities in Vera had been delayed. All services in this town are outsourced. However, it has been possible to avoid problems by putting concrete walkways along almost all beaches that don't require deployment every summer.

Carboneras also confirmed that the services were available in the time expected. Their case is that the walkways and shaded areas were covered with their own resources. In the case of accessible areas and beacons, which are dependent on companies, they were placed promptly at the beginning June. The marking was last year for a two-year period and the company in charge has not had any problems.

There have been no incidents in Poniente (except for Roquetas de Mar) regarding the preparation of the beach-season. Adra confirmed that the deployment of its Beach Plan was carried out without incident on June 15, both through outsourced services as well as its own, including the four points accessible by the Consistory.

Similar circumstances have been reported in El Ejido. El Ejido also reported that the season started without incident, despite the complications at other locations. The City Council stated that preparations for this season started 4 to 5 months ago and that "everything had been planned." Although most of the beach services have been outsourced, the lifeguards are still staffed by the city.

After being outsourced to private companies, lifeguards have been another problem in certain municipalities. Roquetas de Mar was also affected by this. This is especially true after Roquetas de Mar lost its tender for the hire of a private firm. The City Council had to open an employment market to hire lifeguards directly. This year, the problem was solved.

‹ ›
Keywords:
SubidaPreciosAmenazaInicioTemporadaPlayasVariosMunicipios
Your comment has been forwarded to the administrator for approval.×
Warning! Will constitute a criminal offense, illegal, threatening, offensive, insulting and swearing, derogatory, defamatory, vulgar, pornographic, indecent, personality rights, damaging or similar nature in the nature of all kinds of financial content, legal, criminal and administrative responsibility for the content of the sender member / members are belong.
Related News