In July, the deputy mayor of Carboneras will be tried for alleged threats against a hotelier 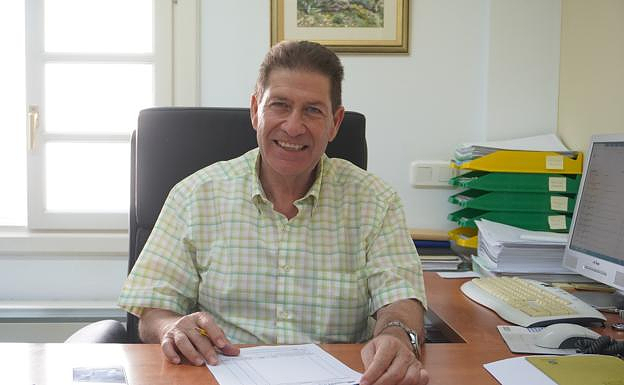 Pedro Lopez, the first deputy mayor of Carboneras in Almeria, allegedly threatened a local hotelier with violence. The trial for minor crimes is scheduled for July 12, before the Court of First Instance and Investigation 2 of Vera.

The judge gives an order indicating that the court should process Felipe Cayuela's complaint, brother of former mayor and spokesperson in opposition to the municipal group Carboneras Avanza'. This is according to article 963 and the Criminal Procedure Law.

Both parties are summoned to appear in court for the trial of the alleged crime, threats, on July 12 at 1:15 pm, in the same court on duty.

In March, the judge issued an order in which he found that the facts reported "were not serious or serious enough to constitute crime of threats." He also agreed to Lopez's trial for minor infraction. This was appealed by Lopez and confirmed by the Provincial Court of Almeria.

He referred to the "circumstances", in which a PSOE councilor uttered the complaints object, and made a reference to "the tone of the recorded conversations and their content, duration, and context."

The judge noted that the events took place in a bar and that it was appreciated that "he had been drunk", as the complainant, the owner of the establishment, was able to identify.

I pointed out that expressions like "I crush you" or "I'm going to make you sink" or that the complainant claims that "he will go to any length to ensure that the accused doesn't have a soul at the bar" are not appropriate acts to violate "the spirit of passive subject" (taking into consideration the tone, content, and context of the recorded conversations).

After allegedly going to the bar in town in February 2020, he "threatened" him and warned him that he would do everything to close it using his position as councilor Urban Planning in the city council, he became the first deputy mayor and councilor of Urban Planning (PSOE).

According to the municipal group, the "conversation" was recorded and that the "events would have been repeated in June. He also stated that he had "threats of aborting his intention to file an investigation against him due to the pressures he suffered previously."

The complaint, which will now be proven in a trial on minor crimes, also reached the plenary sessions. This extraordinary session was held in January. It saw the dismissal and rejection of Pedro Lopez who asked en bloc to the opposition.

The Spanish Agency for Data Protection (AEPD), on the other hand, concluded that Pedro Lopez's November 2020 broadcast of images from the bar's surveillance system, in which he is seen, did not "harm" his public reputation and imposed a fine of 3,000 Euros on the responsible.

It was determined that the "processing" was done with the intent of slandering the victim through the use images from the camera system. The purpose of this "processing" was to "affect the honor of the same" by the dissemination of "images that could damage their public reputation".

According to the complaint, the councilman was at the bar on June 14, 2020 when he "intentionally fell in it".

He said that a video taken from the security cameras of the premises was later circulated through WhatsApp to an unknown number of Carboneras residents, where the images of the complainant could be seen.

According to the councilor, the spread of these images had "caused damage or harm both to his honor and image as well as that his family," as it was "a small town in which he is well-known."

‹ ›
Keywords:
TenienteAlcaldeCarbonerasJuicioJulioPresuntasAmenazasHostelero
Your comment has been forwarded to the administrator for approval.×
Warning! Will constitute a criminal offense, illegal, threatening, offensive, insulting and swearing, derogatory, defamatory, vulgar, pornographic, indecent, personality rights, damaging or similar nature in the nature of all kinds of financial content, legal, criminal and administrative responsibility for the content of the sender member / members are belong.
Related News