In Iran, activists doubt the abolition of the morality police

Calls have been made on social media for a three-day strike, more than two and a half months after protests began sparked by the September 16 death of Mahsa Amini, a 22-year-old Iranian Kurd arrested by vice police. 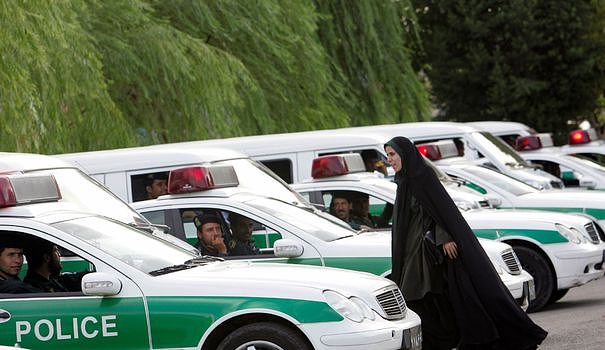 Calls have been made on social media for a three-day strike, more than two and a half months after protests began sparked by the September 16 death of Mahsa Amini, a 22-year-old Iranian Kurd arrested by vice police. .

The young woman was accused of not having respected the dress code which requires women to wear the veil in public. His death sparked a protest movement not seen since the 1979 Islamic Revolution.

This weekend, Attorney General Mohammad Jafar Montazeri announced the abolition of the vice police, a much-feared police force created in 2006 under ultra-conservative President Mahmoud Ahmadinejad (2005-2013) to "spread the culture of decency and hijab".

This unexpected announcement was seen as a gesture towards the demonstrators. But human rights activists doubted on Monday that it was founded, interpreting it rather as an improvised answer to a question posed during a conference.

They also felt that abolishing the morality police would in no way change the obligation for women to wear the veil, but would rather mean a different way of applying the law dating from 1983.

A removal of these units would be "probably too limited and would come too late" for the demonstrators, who are now calling for regime change, Roya Boroumand, co-founder of the human rights group Abdorrahman Boroumand Center, told AFP. based in the United States.

"Unless they remove all legal restrictions on women's clothing and laws intended to control citizens' privacy, this is just a move by the morality police," he said. her, adding that "nothing prevents other institutions" from enforcing "discriminatory laws".

Made up of men in green uniforms and women wearing the black chador which covers the head and upper body, the morality police began their patrols in 2006 with the aim of enforcing the dress code which also prohibits women from wear tight pants or shorts.

The rejection of the compulsory wearing of the veil was at the origin of the first demonstrations which followed the death of Mahsa Amini. But the movement, fueled by anger over economic conditions and political repression, is now openly directed against the regime.

According to reports from Tehran, there have been fewer morality police vans on the streets since the protests began.

Since the death of Mahsa Amini, a growing number of women are uncovering their heads, especially in the upscale north of Tehran. Images show women breaking taboos by participating in protests or going shopping bareheaded.

"The supposed suppression of the morality police means nothing because it was already moot, due to the massive level of civil disobedience among women," said Omid Memarian, analyst for Democracy for the Arab World Now.

The Attorney General's statement and the confusion it caused were interpreted as a sign of the regime's concern, in the face of an unabated challenge.

The crackdown has already claimed 448 lives, according to a report by the Oslo-based Iran Human Rights (IHR) NGO.

On Monday, only reformist dailies carried the information on the front page, while conservative media largely ignored it.

“Is this the end of the patrols?” asked the reformist newspaper Shargh, stressing that the announcement had not been confirmed by the police public relations department.

“We must not be deceived by the fallacious means employed by the Islamic Republic in these times of despair, because they could come back with other restrictions”, estimated Omid Memarian.

The veil "is always obligatory", noted Shadi Sadr, co-founder of the Justice for Iran group, based in London. While Mahsa Amini's death sparked the protests, "Iranians won't give up until the regime falls."