In India, hair transplantation, a practice dangerously misguided by charlatans

As their disposable income increases, Indians pay increased attention to their physique and increasingly choose hair transplants when they are bald. 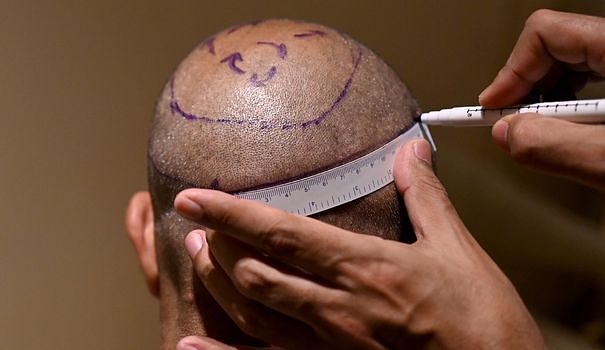 As their disposable income increases, Indians pay increased attention to their physique and increasingly choose hair transplants when they are bald.

But the sector of plastic surgery being little and poorly regulated in India, some improvise surgeons after only online workshops, with disastrous or even lethal consequences.

Athar Rasheed was in charge of his family.

He longed to get married, to buy a house, to marry off his two sisters to protect them from want.

But this 30-year-old died of sepsis following a hair transplant performed in a shady clinic in Delhi last year, his inconsolable mother Asiya Begum told AFP.

"The end of my son was very painful. First his kidneys stopped working, then it was the turn of all the other organs", explains this 62-year-old woman.

Armed with photographs of the young man's swollen face and the black rashes that covered his body during the last hours of his ordeal, his family decided to press charges.

Four people, including two men who performed his transplant, have been arrested and are awaiting trial.

"I think of my son every day and I'm slowly dying," she says, in tears, in the room that is now her rental apartment, in a run-down area of ​​the capital. "I don't want another mother to lose her child to fraudulent practices."

The transplant consists of taking follicles from an area dense with hair, at the back of the head for example, then implanting them in the hairless area.

Dr. Mayank Singh performs up to 15 surgeries a month at his upscale clinic in an upscale New Delhi neighborhood.

"People think it's a minor procedure, while the duration of the operation is quite long, around six to eight hours," recalls the doctor.

"It involves a lot of local anesthesia that has to be administered at a certain rate. If you don't know what you need to do, the procedure can be dangerous," he insists.

Most of his patients, between the ages of 25 and 35, bet on their physique, preoccupied with their social rise and appearance.

The intervention costs some 350,000 rupees (4,168 euros), a considerable sum in a country where the average monthly salary is around 200 euros.

So, the most penniless dare clinics at lower prices but where the workers have no training.

Doctor Singh, also secretary of an Association of surgeons specializing in hair diseases, castigates these charlatans who undermine the health of patients and the credibility of his sector.

Alarmed by their proliferation, the Indian National Medical Commission issued a warning in September, recalling that only duly qualified doctors are authorized to perform such interventions.

"Following workshops on YouTube or similar platforms does not constitute adequate training to engage in cosmetic (surgery) procedures, such as hair transplantation", warns this commission.

Lakshmi Narayanan, complexed by his baldness, deprived himself of social activities for years.

"My hair loss started when I was just 18. I avoided appearing in photos and even looking at myself in the mirror," he told AFP.

The young man, 29, had recourse to Doctor Singh. His life has changed. "I can be around others with confidence now and look for a life partner."