In Holland, drugs are sold via stickers on lamp posts

Suddenly they were there: brightly colored stickers in the center of Amsterdam. 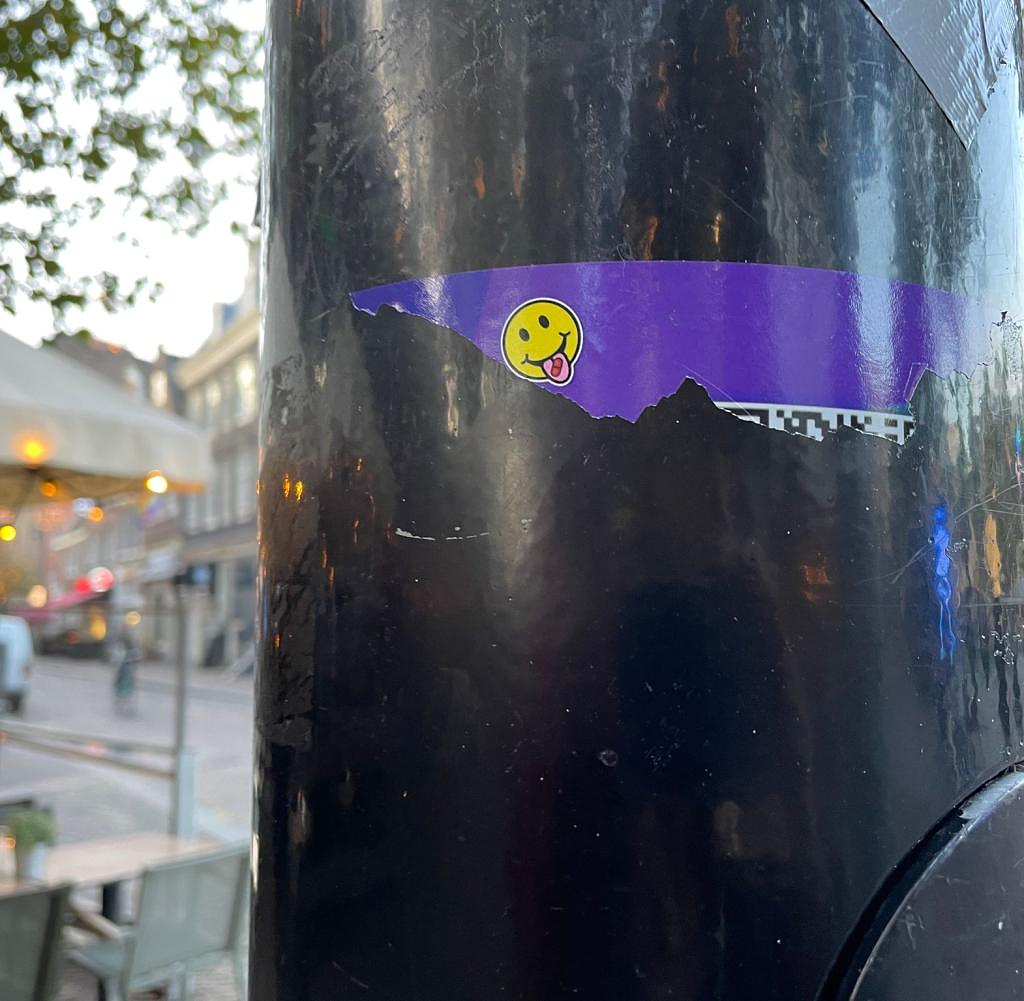 Suddenly they were there: brightly colored stickers in the center of Amsterdam. Especially around bars, clubs and cafés, lamp posts, traffic signs or site fences are covered with glue. The stickers in the bright colors stand out among all other stickers for music groups or football clubs. They are often printed with a comic-style face with a tongue out and a stamp, a smiley face or a pill on top. Next to it is a QR code. Anyone who scans it ends up on drug sales sites.

Synthetic drugs in particular are marketed in this way, but reporters have also occasionally seen stickers for cocaine and cannabis. And not only in Amsterdam. Drug stickers have since appeared in other Dutch cities such as Nijmegen on the German border and in the student city of Utrecht. According to information from the Federal Criminal Police Office, there have so far been no cases of drug trafficking with QR codes in Germany.

"It's a new and quite cheeky marketing method," says Ton Nabben, a criminologist at the University of Applied Sciences in Amsterdam, the German Press Agency. Even Nabben was surprised, and he's an expert on youth culture and drug use. "These stickers are now used to publicly advertise drugs." It is not yet possible to estimate how this will affect the trade.

The sale of prohibited substances has also followed technological progress for some time. There are still street dealers or those who more or less openly offer party drugs at festivals or in clubs. But sales are also online, thanks to the advent of cell phones. The contact numbers of dealers are passed on via services such as Signal or Telegram, says the expert Nabben, and entire menus can be downloaded via social media.

"In the past 25 years, retail has changed from pick-up to delivery service," says the criminologist. Just like with pizza and beer. Customers order, pay online and the retailer delivers. This works with cocaine, pills, nitrous oxide or joints. "That's capitalist logic," he says.

And with stickers and QR codes, this should now be even easier - if it works. Local reporters tried it out: in some cases they were able to use the usual online payment channels. But with other web shops you had to pay with bitcoins. Others reported in the media that it didn't work out for them and they ended up on a more than dubious Ukrainian website.

The Amsterdam police want to investigate trading via QR code. But she doesn't have much hope. "It is very difficult to find out who is behind it," said a spokeswoman for the dpa. However, the investigators are not afraid that the trade in stickers will increase significantly. Especially if you have to pay with bitcoins. That scares a lot of people off.

The Trimbos Research Institute for Addiction Problems and Mental Health in Utrecht also sees no acute dangers for the time being. "So far, mainly designer drugs are offered that are not yet banned," said spokesman Koen Koopman. "But we know from studies that people are more likely to choose well-known illegal drugs, such as ecstasy, cocaine or amphetamines, than to order unknown substances."

Buying online doesn't necessarily have to be more risky, says drug expert Nabben. Even those who buy from a dealer on the street do not know whether they are getting pure substance or only paracetamol in powder form. “In online trading, the dealers also have an interest in selling good quality. Because otherwise they can close their shop again immediately.”

There is no telling how big the online drug market is. The Netherlands is a hub for the international drug trade, especially synthetic drugs and cocaine. But for the most part, these drugs are shipped all over Europe and even further to Australia. Only a small part is offered in their own country.

The city of Amsterdam has now decided to remove the stickers. The city cleaning department was commissioned to thoroughly clean lampposts and other public areas – or at least to make the QR codes unreadable. But the experts doubt whether that will do anything. "Amsterdam has a lot of lampposts," says criminologist Nabben. "It'll be full again tomorrow."

‹ ›
Keywords:
NewsteamDrogenNiederlandeKokainAmsterdam
Your comment has been forwarded to the administrator for approval.×
Warning! Will constitute a criminal offense, illegal, threatening, offensive, insulting and swearing, derogatory, defamatory, vulgar, pornographic, indecent, personality rights, damaging or similar nature in the nature of all kinds of financial content, legal, criminal and administrative responsibility for the content of the sender member / members are belong.
Related News