In Hamburg alone, 1,000 pieces of luggage are still piled up

The hassle about baggage that has been delivered to Hamburg Airport, which has been going on for at least two months, is not coming to an end. 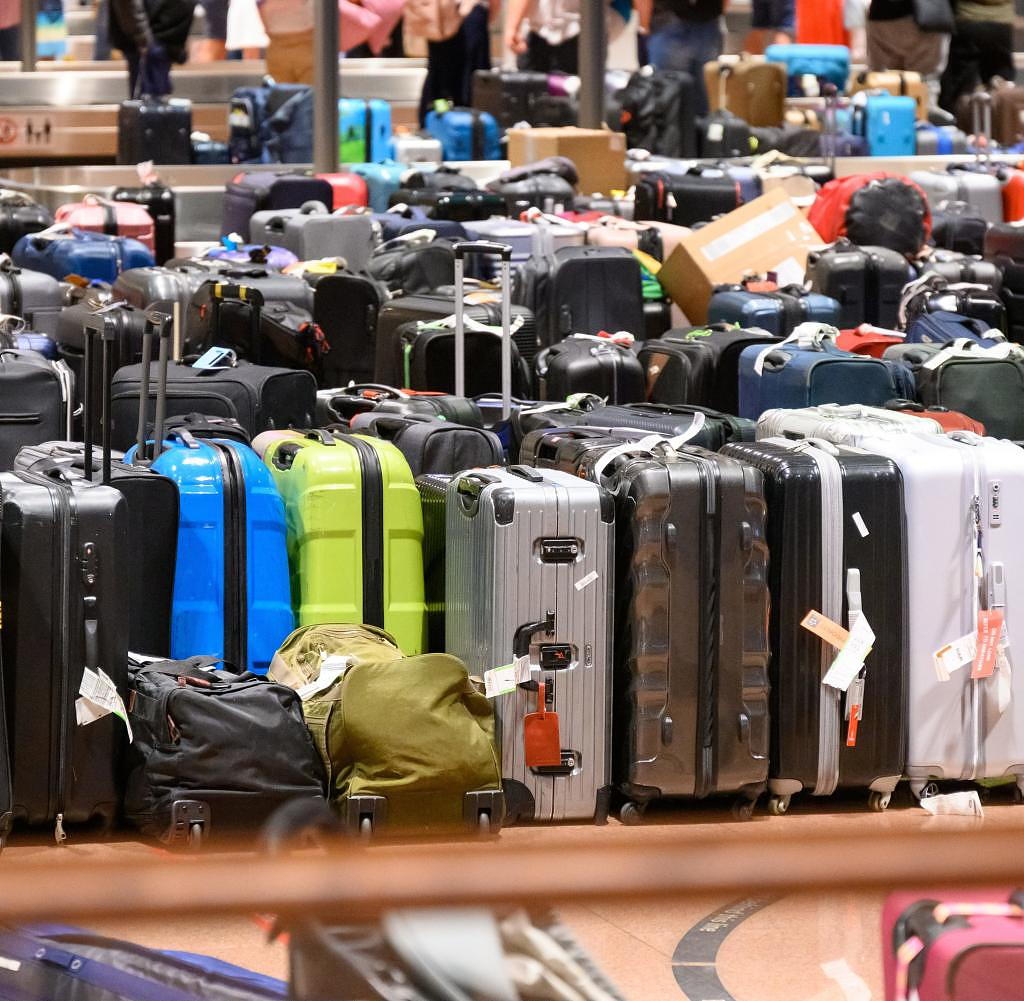 The hassle about baggage that has been delivered to Hamburg Airport, which has been going on for at least two months, is not coming to an end. Around 1,000 suitcases, bags and prams are still stacked up in the Tango terminal, said a spokeswoman for AHS Aviation Handling Services GmbH, which is responsible for baggage handling, of the German Press Agency. Specifically, it is about so-called rush baggage. These are suitcases that do not arrive in Hamburg at the same time as air travelers, but are sent afterwards on another flight.

"The very numerous disruptions in the course of international air traffic have meant that more pieces of luggage than ever before could not be handed over to their owners at the end of the flight," said the spokeswoman. This affects almost all airports in Germany and even Europe. The AHS is currently handling five times the amount of luggage and has therefore hired 600 additional people nationwide since the beginning of the year.

Short-term flight cancellations are particularly annoying for the AHS. Because then luggage that has already been made available for onward shipment would have to be returned to the luggage tracing department - and the procedure would start all over again. The AHS spokeswoman said that an online service has now been set up where passengers can enter their baggage tags to see whether their baggage has already arrived in Hamburg and has been registered.

Those responsible at the airport itself are now quite upset about the behavior of the airlines, especially Lufthansa. As a spokeswoman said, the airlines are solely responsible for transporting luggage. The passenger has concluded a contract of carriage for himself and the luggage with the airline - and this includes the custody of the luggage throughout the journey.

The airport has no access to the data at all, so it cannot help with baggage tracing. The airport itself only provides storage space for luggage. Nevertheless, the airport is held jointly liable by outraged passengers. Accordingly, the airport has already had very serious crisis talks with the airlines, said the spokeswoman.

When asked, Lufthansa itself referred to the continuing tense personnel situation at the local service providers. "We are therefore unable to make a reliable statement as to when the excess baggage will be processed at the moment," said an airline spokeswoman.

According to the airport, more than 1.5 million people traveled through Hamburg Airport between the beginning of July and the end of the summer holidays in Hamburg. With an average of 140 take-offs and landings per day, the most popular foreign travel destinations were Palma de Mallorca, Antalya and Istanbul.

Overall, the passenger volume reached around 70 percent of the pre-Corona year 2019. However, there are significant fluctuations. For example, in the early hours of the morning, the numbers from 2019 were reached or even exceeded by the hour - which in turn led to long waiting times.

‹ ›
Keywords:
HamburgFlughäfenLufthansaFlugreisenHamburg AirportKrimiAHS
Your comment has been forwarded to the administrator for approval.×
Warning! Will constitute a criminal offense, illegal, threatening, offensive, insulting and swearing, derogatory, defamatory, vulgar, pornographic, indecent, personality rights, damaging or similar nature in the nature of all kinds of financial content, legal, criminal and administrative responsibility for the content of the sender member / members are belong.
Related News