In Entre-deux-Mers, the "descent into hell" of a family of winegrowers

At Daniel and Bastien Mercier, in Camiran, the binder of invoices to be paid grows day after day. 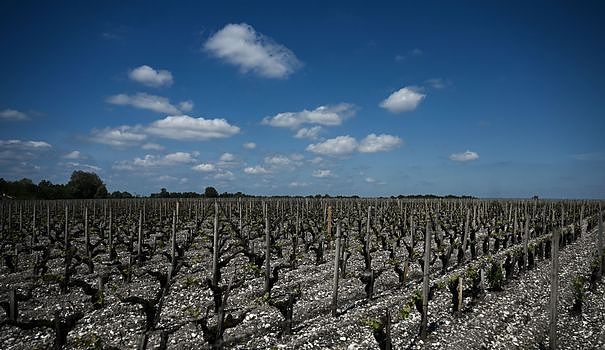 At Daniel and Bastien Mercier, in Camiran, the binder of invoices to be paid grows day after day. "Costs for the quality control of wine, fuel for tractors, EDF, property taxes, etc. It's a descent into hell, we're stuck", sighs Bastien Mercier, 34, being installed in the farm family of 65 hectares. To the point of no longer being able to pay for the next bottles and their labelling.

Placed in receivership at the beginning of December, the estate was however far from being a deadbeat.

"We have an inability to cash and not to pay. In the vats sleep 900,000 euros in cash!", notes the young producer of Bordeaux and Bordeaux-superior appellation wines, sold in bulk and in bottles, the quality of which has been rewarded since 1985 during agricultural competitions.

Many of his colleagues are bearing the brunt of the historic crisis affecting the less flashy Bordeaux appellations. Buyers no longer jostle at the gates of farms, "whereas before, here, it was the ball of the trucks".

But for the Merciers, it was the closing of export markets that sounded the death knell. For twenty years, the family has been selling 60% of its production in China, "the Eldorado for small farms" like theirs.

Intermediaries paid the ruby ​​barrel on the nail, between 1,600 and 1,800 euros against 700 euros in recent months, and the goods "went quickly".

Faced with this favorable situation, father and son bought a neighboring property in 2013. "By growing, we limited production costs, the banks pushed us and accompanied us, we ticked all the boxes".

And to multiply investments such as the installation of an outdoor cellar with self-draining vats. To obtain the high environmental value certification (HVE3), the winegrowers make numerous upgrades: more efficient sprayer, tractor with cab protecting the driver, storage basin for winery effluents, phytosanitary cleaning station.

But with the Covid-19 crisis, exports to Asia and sales to hotels and restaurants at a standstill, their turnover suddenly collapsed by 60%.

"Every day, we dig our grave a little more. The local winegrowers suffer in silence", adds the 30-year-old mayor of this small town of 434 inhabitants. "We are all afraid to learn that a neighbor has hanged himself in his cellar".

The only glimmer of hope: an aid plan for the uprooting of vines, with aid of 10,000 euros per hectare, claimed from the public authorities by a collective which will demonstrate on Tuesday in Bordeaux - Bastien Mercier will be one of them.

He believes he has 20 hectares too much, but does not have the means to tear off: "There are 30 to 40,000 euros for it". The bonus would allow him to do so, even conditioned by a retraining. He plans to raise sheep, install photovoltaic panels and open a tavern.

Compensation would also compensate for the loss of rents which usually supplement the retirement of older workers - such as that of Yvette, the 91-year-old grandmother of the family, who earns less than 700 euros per month - and which are overdue in the vineyards because winegrowers-renters no longer have the means to pay their lessors.

Without an aid plan, there will be no uprooting or harvesting next season. "The grapes will rot on the vine and Entre-deux-Mers will be invaded by brambles", warns Bastien Mercier.