“We will ask everyone to contribute more. 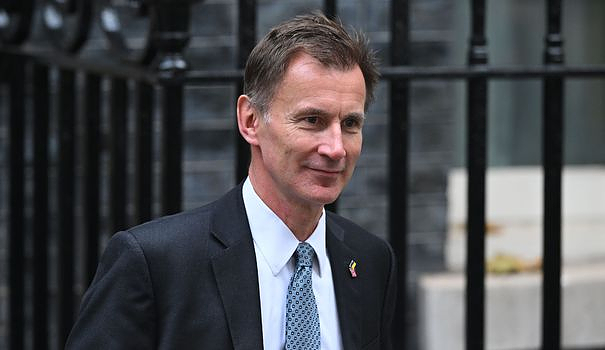 The minister is expected to unveil Thursday in Parliament around 11:30 GMT his tax shock treatment, which according to several British media amounts to almost 55 billion pounds.

He has the daunting task of reassuring markets burned by the massive and ill-prepared budget announcements of former Prime Minister Liz Truss.

Gross domestic product (GDP) fell 0.2% in the third quarter, a harbinger, according to the Bank of England, of a recession that could last for two years.

To complete this grim panorama, bankruptcies are on the rise and inflation jumped to more than 11% in October, worsening a cost of living crisis that is fueling cascading strikes and calls to tax the profits of energy giants more.

How did London get here? "Over the past three years, the global economy has been confronted with two enormous shocks: the pandemic (...) and (Vladimir) Putin's war in Ukraine", which in particular weighed on growth and caused a surge energy prices, according to a statement from the Treasury on Wednesday evening.

Brexit has also been there, crippling trade with its large European neighbor and hampering the hiring of workers from the continent, which contributes to inflation and loss of productivity.

"We are seeing a slowdown in trade in the UK much faster than in the rest of the world," Swati Dhingra, a member of the BoE's Monetary Policy Committee (MPC), told a parliamentary committee on Wednesday.

But "the economy was already struggling" before Brexit, penalized by "years of austerity following the financial crisis" of 2008, which weighed on public services, recalls Susannah Streeter, analyst at Hargreaves Lansdown at AFP.

Mr. Hunt has already wiped out most of the “mini-budget” of the short-lived Liz Truss, who had panicked the markets with massive energy aid and all-out tax cuts.

But the big moneymaker wants to go further to put the trajectory of the British debt on a more sustainable slope.

“Across Britain, families are making sacrifices every day to live within their means, and governments must do the same,” Mr Hunt warned in a statement Wednesday evening ahead of the budget.

If the public health service (NHS), already underfunded for years, should this time be spared, painful budget cuts are expected, as well as tax increases.

"We expect to see, probably, delays in certain infrastructure projects" in the budget presentation, said Thursday morning on Times Radio Harriet Baldwin, conservative chairwoman of the parliamentary Treasury committee, who nevertheless calls on the government to continue to invest.

The energy giants, such as the oil majors, but also the electricity producers, who have benefited from the surge in prices since the start of the war in Ukraine, should be made to contribute via an exceptional tax more muscular than that announced. in May by current Prime Minister Rishi Sunak, then Boris Johnson's finance minister.

The government would also be on the verge of announcing freezes on certain tax thresholds, particularly on income, which in times of inflation will automatically increase tax revenues: these are "stealth taxes" according to the British press.

On the other hand, pensions and allowances could increase in line with inflation: Rishi Sunak had insisted on the fact that the protection of the most vulnerable would be a priority.

Thursday's presentation will be accompanied by new forecasts from the OBR, the public budget forecasting body, which had not been consulted before Liz Truss' announcements, contributing to market mistrust.